Did you know that there are different types of mold out there? Yes, they’re all bad, but to varying degrees. In our many years of performing professional mold inspection and testing services, we’ve come across hundreds (even thousands) of mold species. Read on to learn which are the most hazardous so you can better protect yourself!

There are many types of mold, and some are more harmful than others. By knowing which mold species are hazardous to your health, you can start reducing your exposure to them.

Every day, our team speaks with home and business owners who are confused about mold and how it can harm them. So we’ve decided to dedicate an entire page on our website to clearing up this confusion.

One of the reasons why so many people are confused about mold is that mold affects every person differently. Some people are naturally allergic to mold, while others feel nothing upon exposure.

Also, the health effects of mold exposure present themselves in a number of different ways. Some can be mild, while others severe and toxic.

For this reason, different types of mold are divided into three categories.

No matter what type of mold you’re dealing with, it’s best to remove the problem as soon as possible, even if no one has fallen ill yet. Also, if you have mold, then it’s very likely you have a moisture problem that will eventually contribute to even more mold growth.

Protect yourself and protect your family from toxic black mold. If you suspect it’s present in the space you live and breathe, promptly have it inspected and removed.

Different Types of Toxic Mold That Can Hurt You

The term “toxic mold” and its meaning is often misunderstood. According to the Center for Disease Control (CDC), mold that’s referred to as toxic mold is not toxic on its own. However, this species is capable of producing chemical substances called mycotoxins, which are harmful to the human body.

There are over 100,000 species of mold, according to scientists’ research. Some species are harmless but others produce mycotoxins that are so dangerous that they can be used for biochemical warfare.

1. Stachybotrys. Stachybotrys is otherwise known as black mold and is one of the more harmful toxic mold species. Black mold is usually found inside a house.

The mycotoxins that this species of mold produce can cause the lungs to bleed, which is fatal to animals and infants. The problem with black mold is that it’s hard to detect; it usually develops behind walls and under ceilings and is resistant to regular air sampling. 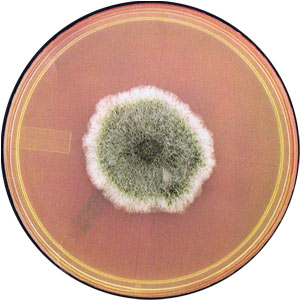 2. Memnoniella. Memnoniella, also referred to as black mold, is similar to Stachybotrys and has the same effects. Memoniella differs in that when viewed under a microscope, its spores are released in chains, whereas the spores that Stachybotrys releases are in clumps.

3. Aspergillus. Aspergillus are gray or green flecks and appear on wooden surfaces. Aspergillus, with 20 species in total, is dangerous, because it will often cause allergies, leading to serious asthmatic reactions, hay fever or lung infections. Every Aspergillus species produces mycotoxins, which are a health hazard, especially for those individuals with compromised immune systems.

5. Alternaria. Alternaria is one of the most prevalent toxic molds and includes many species.

Asthma and hay fever are among the conditions one might suffer or suffer worse from when he or she has inhaled Alternaria spores. 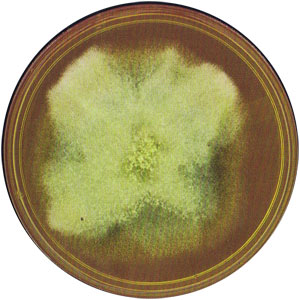 6. Geotrichum. Geotrichum is white in color and usually appears powdery. It is known to spread pretty fast and is often associated with adverse health conditions such as tuberculosis and pulmonary infections.

Geotrichum breeds in moist conditions and temperate climate. Its spores can easily spread via air to new environments. It is an allergen that causes itchy eyes, fatigue, and sometimes chronic headaches. 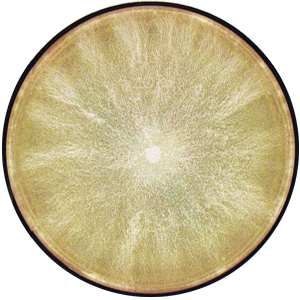 7. Trichoderma. Trichoderma is also white in color with green patches. It is an allergic type of mold that mostly thrive in moist areas. The mold has five different subspecies, most of which are non-pathogenic. However, some of the subspecies have been associated with liver and pulmonary infections.

Trichoderma contains a lethal enzyme, which can destroy such building materials as wood, textiles and paper products. This may lead to the crumbling of buildings when the materials rot. 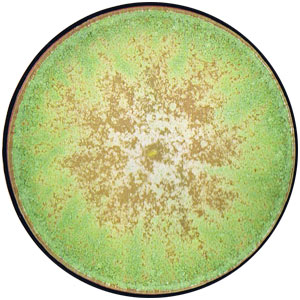 8. Chaetomium. Chaetomium is also allergic and is often found in a drywall that has previously been damaged by water. Its spores have been linked to autoimmune diseases, neurological damage and allergic reactions such as difficulty in breathing and red watery eyes.

It has a musty odor and flourishes in wet, dark environments such as under carpets, drywall, baseboards, and wallpapers. Chaetomium is often mistaken for the black mold as they have the same characteristics and exists in similar environments. 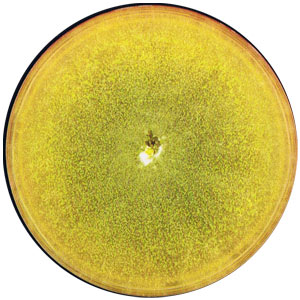 Chaetomium is the 2nd common toxic mold type found in homes we tested?! Find out more exciting mold stats and facts inside our mold statistics page.

9. Bipolaris. As it begins to grow, bipolaris is whitish or grayish brown in color, but gradually turns to dark olive as it ages. It looks soft and fluffy and usually grows outdoors on grasses and soil. It also thrives in water damaged materials such as carpets, hardwood floors, and houseplants.

The bipolaris grows rapidly and only takes about five days to mature. It is a well-known allergen and may cause asthma, wheezing, stuffy nose and coughing when its spores are inhaled.

10. Ulocladium. Ulocladium is black in color and often found in wet areas and homes that have suffered water damage. This type of mold commonly grows in bathrooms, basements, and kitchens.

Ulocladium has two subspecies both of which are highly allergic. It is linked to severe allergic reactions such as hay fever and sometimes skin infections. Prolonged exposure to its spores causes difficulty in breathing and asthma-like symptoms. 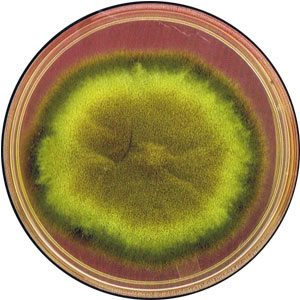 11. Fusarium. Fusarium can range from pink, reddish or white in color. It is capable of adapting to colder temperatures and mostly grows on food products, compost, carpets, wallpaper, and any other water-damaged materials.

Exposure to this mold can cause allergic reactions, including a sore throat, dermatitis, itchy eyes and running nose. Further exposure can cause lethal conditions such as brain abscess and bone infections. Its toxins can damage the nervous system and cause internal bleeding. 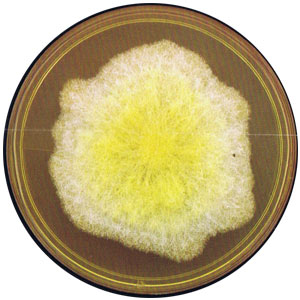 12. Aureobasidium. Aureobasidium is also allergic and may cause skin, eye and nail infections. It is normally pink, brown or black in color, but gradually turns to darker brown as it matures.

This type of mold grows in wet and water-damaged areas as such behind wallpapers, wooden surfaces, and carpets.

13. Cladosporium. Cladosporium can survive in both cold and warm environments. It commonly grows indoor in carpets, fabrics and under floorboards. It is brown in color or sometimes olive-green with a suede-like texture.

Exposure to its spores can cause a variety of allergic reactions, including itchy eyes, running nose, sore throat, and skin infections. It is also associated with asthma, sinusitis and lung infections.

14. Ascospores. Ascospores thrive in damp substrates and other water damaged indoor areas. It is one of the most resistant types of mold. Even after drying a wet surface, it may continue surviving until it finds another conducive environment for growth.

It is commonly found in labs where it is spread by infected animals. Ascospores come in different groups such as Dermatophytes, which can destroy keratin-based materials such as nails and hair and the Histoplasmacapsulatum, which is specifically resistant to dry conditions.

15. Basidiospores. Basidiospores are usually spread through the wind and released when there is humidity or rain. It mostly grows outdoors in woodlands, gardens, forests and indoors on damp environments. They only grow indoors in rare cases when they are brought in through open windows, doors, pets or clothing.

Basidiospores are also allergens and may cause such reactions as asthma, hay fever, and Lycoperdonosis, and can be identified by sampling the air.

As you can see, there are quite number of common mold species. Some are difficult to clean and some are tricky to detect.

However, it’s important to find and identify all mold in your home, as mold can seriously threaten your health and the health of your loved ones.

The safest, most efficient way to detect mold is to have a professional mold inspector visit your home and carry out mold testing.

Types of Mold by Color

Different Types of Mold by Colour

Although some species are easy to identify and eliminate, some require the help of mold remediation experts in order to avoid infection risks.