If you’ve ever done an online search for mold, you’ve probably noticed two different ways to spell it: mold and mould.

In case you were wondering which one is the proper one to use or if there are differences between mold and mould in terms of fungus itself, today is the day when the mystery will be resolved. 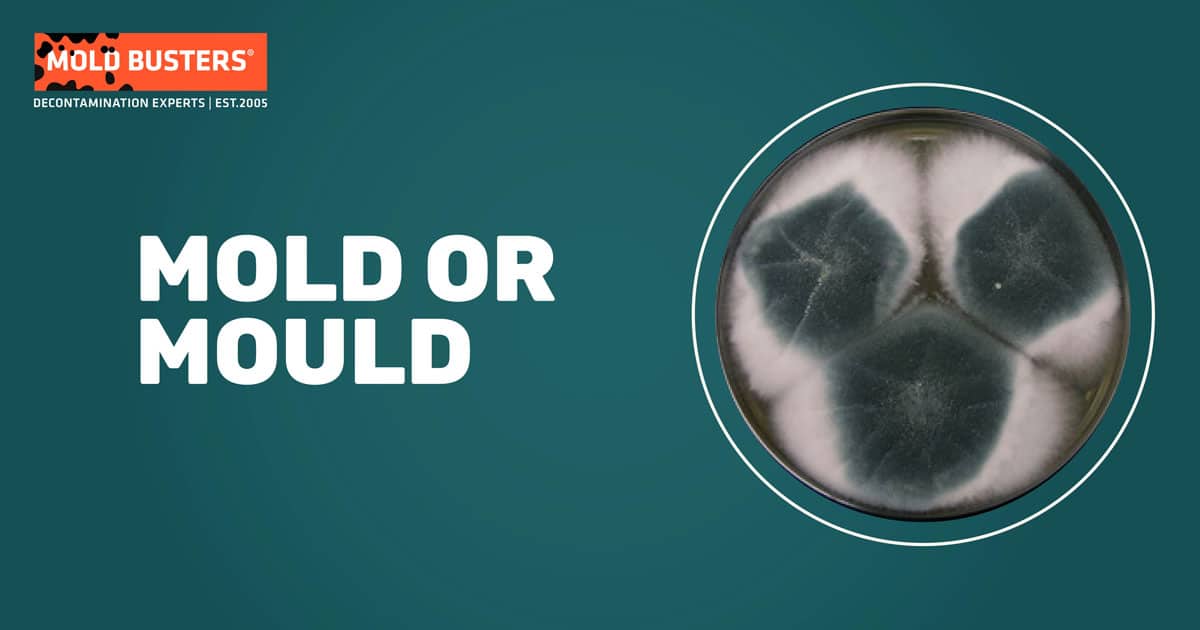 First of all, we want you to feel comfortable and confident when you discuss mold, be it verbally or in writing. After all, the key to prevention is awareness and we encourage you to spread the word on mold (or mould).

Second, here is the truth. It is both mold and mould. (Say what?)

Both ways to spell it are correct. The spelling you use essentially depends on where you live. If you live in England, the proper spelling is mould. If you reside in the United States, omitting the “u” and using mold is more common.

We can see similar “problems” in words such as color (colour), honor (honour), meter (metre), etc. In other words, there are differences between British English and US English, and sadly (or luckily, we are still not sure), spelling of mold is among one of those differences..

Mold Busters are located in Canada, and it’s not as clear which spelling is more appropriate and present here in Canada, as Canadian English is influenced by both the US and England. At the moment, it’s actually perfectly acceptable to use both mold and mould in Canada. How cool is that?

Of course, you’ll notice that some Canadian institutions or companies will spell it one way and others will spell it the other in the media and other reports. For instance, Health Canada uses mould whereas we use mold.

Choosing either mold or mould may also depend on your preference or someone else’s. Double check with your employer (or anyone you’re writing for) for his or her preference or existing company policy when it comes to spelling.

How to spell mold in Canada?

The Canadian spelling of mold is ‘mould’. This is because the word is derived from the Old English word ‘mold’, which means ‘dirt, earth, or clay’. The spelling was changed in British English when the word was first brought over to Canada, and has since been adopted as the standard spelling in Canada.

Mold Busters: why we use mold instead of mould in Canada

We’ve gone back and forth, spelling it both ways in the past. However, within the last year or so we’ve stuck to using only mold. Why is that?

Well, since Canada doesn’t have strict rules about using either U.S. English or British English, and since we are closer to the U.S. border than to the United Kingdom, it was natural for us to opt for the mold version. Of course, some of our clients are from the U.S. and it was just natural to use mold when speaking with them. So it remained like that in our written communication, too.

Ultimately, both forms of spelling are fine in Canada—just be consistent within your document. Using either mold or mould rather than mixing both will help keep your document reader-friendly and improve its overall appearance.

Learn more about this topic by checking out our video below. And remember, spelling is a small concern compared to the real, adverse effects of mold, so please take advantage of all our educational resources today.