Deuteromycetes, also known as Fungi Imperfecti, are an artificial (non-phyletic) group of fungal species which only reproduce asexually, or have their sexual forms yet to be found. This artificial, non-phylogenetic classification exists because fungi have historically been grouped to various levels of classification according to the morphology of their fruiting bodies and sexual spores (1,2). Therefore, members of the Deuteromycotina were those species that reproduce only asexually, their mode of reproduction was uncertain, or they do not produce spores.

For instance, Penicillium roqueforti is a saprophytic fungus, industrially used in production of blue cheeses, and enzymes such as proteases and polysaccharides (Fig. 1). P. roqueforti does not form any visible fruiting bodies. However, it is considered to be capable of sexual reproduction based on sequenced mating-type genes (3). Mating types are reproduction mechanisms in fungi that regulate sexual compatibility because fungi do not form genders. Even though today we know that it may be capable of sexual reproduction, as such, the species was considered to be Fungi Imperfecti.

Deuteromycetes are mostly saprophytic fungi, appearing on a wide range of substrates. However, significant numbers of species are plant and animal parasites. On plants, these fungi can cause leaf spots, blights, wilts, rots (1,4,5). On humans and animals, Deuteromycetes can cause problems such as meningitis, skin and nail mycoses others are caused in animals (1).

Historically, several names, both nomenclative (formal) and colloquial (informal), have been used to describe these fungi. These are Deuteromycotina, Deuteromycetes, Fungi Imperfecti, asexual fungi, conidial fungi, and anamorphic fungi. The 8th Dictionary of Fungi names this group as the mitosporic fungi. In reality, the majority of these fungi are affiliated with (or have evolved from) fungi predominantly belonging to the phylum Ascomycota and some to the Basidiomycota (1,6,7). 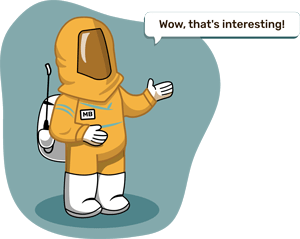 Penicillium / Aspergillus group is the most common toxic mold type found in homes we tested?! Find out more exciting mold stats and facts inside our mold statistics page.

Apart from certain sclerotia-forming species, Deuteromycetes reproduce asexually via conidia. These asexual spores are morphologically very diverse (star-shaped, spherical, ovoid, elongated, etc.) and are single or multi-celled, segmented, or without septae. Sclerotia are compact masses of hardened mycelium which contain nutrient reserves. Its role is protective and it serves so the organism can endure environmental extremes and begin regrowth when the external conditions become optimal. Conidia can exist free, as in yeasts, they can be formed on specialized supporting structures (conidiophores), or on cells acting organized in fruiting structures (4,8).

Genetic diversity is imperative in all organisms and is generally maintained by means of sexual reproduction. Genetic mutations can also be a source of genetic diversity. To maintain the diversity of their genes, some Deuteromycetes undergo the parasexual cycle. This is a nonsexual way to achieve gene recombination and maintain genetic variety (9).

It is initiated by the fusion of two genetically distinct fungal hyphae, during which genetically different nuclei and other cytoplasmic components occupy the same cell. This results in the formation of a diploid nucleus which is believed to be unstable and segregates upon the exchange of some genetic material between chromosomes and their reshuffling. Simply put, the parasexual cycle allows the organism to recombine its genome and produce variety in its offspring (9–11).

Due to the implementation of molecular tools and genetic sequencing, Deuteromycotina group is constantly getting smaller as more and more fungi are being taxonomically diverse. Generally, the formal names of classes, orders, and families of Deuteromycotina fungi will be prefaced with “form”, and are traditionally divided into (1,6,7):

Some Deuteromycotina have been, still are, and can be very important microorganisms in several aspects. Production of antibiotics such as penicillin and griseofulvin have made Penicillium chrysogenum and P. griseofulvum are irreplaceable in the modern era. P. camemberti and P. roqueforti have been used for hundreds of years in cheese production, and some species such as Dactylella cionopaga can be useful for crop plant protection because they feed on nematodes, microscopic worm-like parasites. On the other hand, Alternaria solani and Helminthosporium oryzae are important pathogens of potato and rise and are capable of causing significant yield reduction. Species such as Trichophyton gypseum and T. purpurium cause mycosis of the skin and nails, and certain Candida species can cause pulmonary and mucous infections, genital membranes infections, and various other diseases (1,2,4,5).