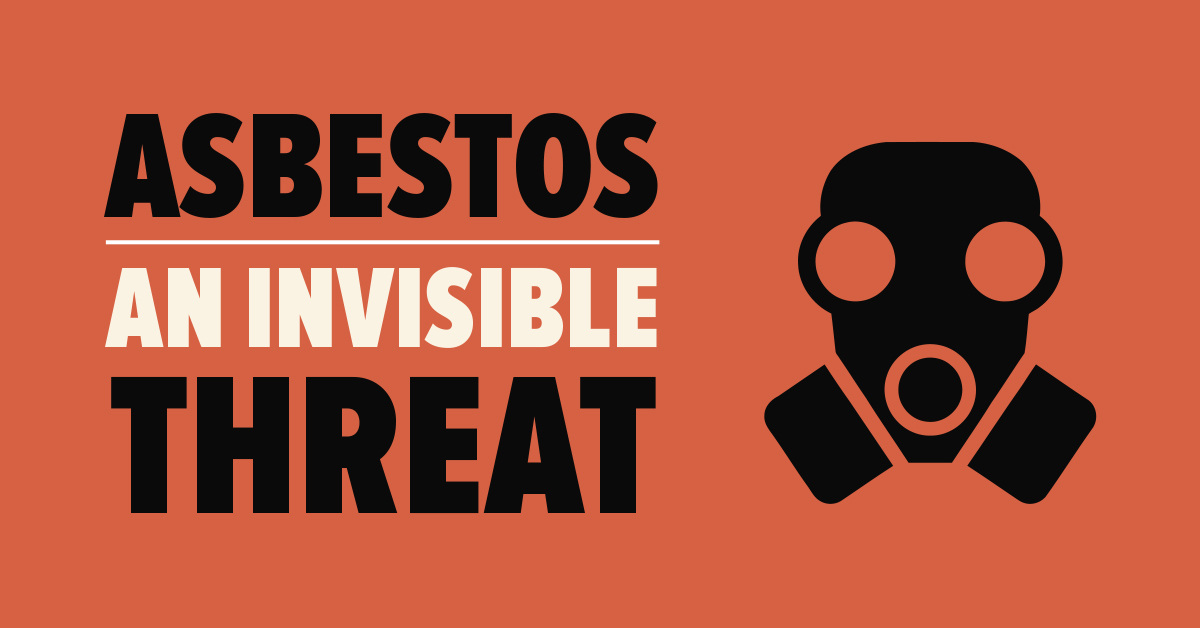 Asbestos is strongly hazardous. The federal government has estimated that asbestos was, in Canada, the cause of approximately 430 mesothelioma cases and 1900 lung cancer cases in 2011. In December 2016, the government has announced that Canada will commit itself to ban asbestos and all products containing asbestos by 2018. Nonetheless, this does not affect the products that have already been manufactured. For example, there are still several houses that contain asbestos, but unfortunately, homeowners may not be conscious of what is found in the walls of their own property. In the following paragraphs, various informations about the hazards of asbestos will be presented. Steps to follow when one’s property contains asbestos are then explained.

There exist six naturally occurring fibrous minerals that are referred as asbestos. A fibre of asbestos must be longer that five micrometers, and have at least a 3:1 length to width ratio. Furthermore, according to several Canadian regulations, its width should be smaller than three micrometers. Two categories of asbestos are recognized based on the differences in their chemical and physical properties. Serpentine fibres are characterized as long, curved, flexible, and easily woven together while amphibole fibres are stiff and straight, thus limiting their commercial exploitation. Five subtypes of asbestos exist and are named as followed: crocidolite, amosite, actinolite, anthophyllite, and tremolite.

Why Was Asbestos Heavily Used?

Asbestos has been commercially very desirable due to its properties. Extremely durable, it can neither dissolve in water nor evaporate. It is highly resistant to biological, chemical, and heat break down. Thus, the fibres are nonreactive with most chemical products and do not burn. Asbestos possesses other useful properties such as its friction characteristics, adsorption capacity, and tensile strength. The list of its properties also include its heat, sound, and electrical insulation capabilities. Hence, asbestos was exploited for numerous manufactured products. Nevertheless, nowadays, despite the diminution in the use of asbestos, many products still contain asbestos fibres, particularly public buildings and houses.

Why Is Asbestos Dangerous?

Asbestos is known to be a friable material. When pulverized, particles can become airborne. Consequently, the fibres can be inhaled and this is considered to be the major health concern. The release of fibres in the air is due to disturbance or deterioration of the material. When individuals breathe in particles of asbestos, the latter cling to lungs’ tissues and other parts of the respiratory system.

What Are the Consequences of Exposure to Asbestos?

The effects that asbestos has on humans’ health are very serious. An individual has higher risk to endure asbestos-related disorders if the exposure is of a long time period, if the exposure is of a high frequency or if the concentration of asbestos to which the person is exposed is high. Over an accumulation of tiny particles in the respiratory system, one can experience an inflammation, which can then be followed by more alarming health issues such as asbestosis, lung cancer, and mesothelioma. Asbestosis is a consequence of the formation of scar tissue plaques on the pleura while mesothelioma is a cancer formed in the membrane protecting the vital organs found in the abdomen and in the chest. These illnesses can lead to a deficiency of the respiratory function and even to death. The heart can also become bigger due to increase in the resistance of blood flow in the lungs.

Common Sources of Asbestos in the House

Asbestos fibres can become airborne when insulation in ceilings, walls, or near hot water tank are disturbed. This can also happen when one scrapes ceiling or floor tiles containing asbestos and when one sands the plaster that defines the texture of the walls. Shingles and felt for roofing are other common sources. Furthermore, scraping older water-based coatings and smoothing rough edges of asbestos materials can release the hazardous particles. Electrical appliances can also do so.

What to Do if One’s House Is Contaminated?

If homeowners are not fully sure that their house is asbestos-free, Health Canada recommends that their risk of exposure is reduced through the testing for asbestos. This needs to be done by professionals. The testing should be done preceding any renovations, demolition or addition. If the testing is positive, one must contact an asbestos removal specialist. One must not attempt to disturb the material for this can aggravate the situation. It is to be noted that the only way of knowing whether asbestos is present in a manufactured product is through its testing.

If, in the attic of the property, there is a vermiculite-based insulation, the space may contain asbestos. Some precautions can be taken before the arrival of the specialists. For example, children should not have access to the space and the latter should not be used for any sort of storage. All holes and cracks in the ceilings of the rooms found below the insulation should be covered. The homeowner should caulk around light fixtures, the window and door frames, the electric outlets, and along baseboards.

When an asbestos test is being conducted, the homeowner should always shut down any cooling, heating and HVAC systems in order to diminish the risk of asbestos exposure and to avoid the spreading of the hazardous particles.

Importance of Hiring a Professional Contractor

It is very crucial that the homeowner does not try to take matter in their own hands for the sake of his or her own safety. When dealing with asbestos, certified professionals are required because they are more knowledgeable and familiar with such cases. They are taught how to identify asbestos-containing material, to operate the engineering controls, and to use and dispose appropriate equipment and clothing. They know the waste disposal procedures, the hazards of exposure, the specific work procedure, and the importance of any health monitoring needed.

How to Hire a Professional Contractor

When a professional contractor is being hired, it is important for the client to make sure that the specialist is indeed qualified, familiar with asbestos removal, and that the type of asbestos work concerned is covered by insurance.

We invite students from any program in any Canadian post-secondary institution to submit application for the next scholarship contest from our Scholarship Page.

Blog categories Air quality testing Asbestos testing & removal Home Environment Mold prevention & remediation News & announcements Scholarship essays
Most popular posts How to Prevent Moisture in Your Storage Unit Prevent Mold and Water Damage in Your Garage in 7 Simple Steps How a Mold Buster Dealt with his Landlord Mold or Mould? How to Prevent Mold on Food
Follow Us