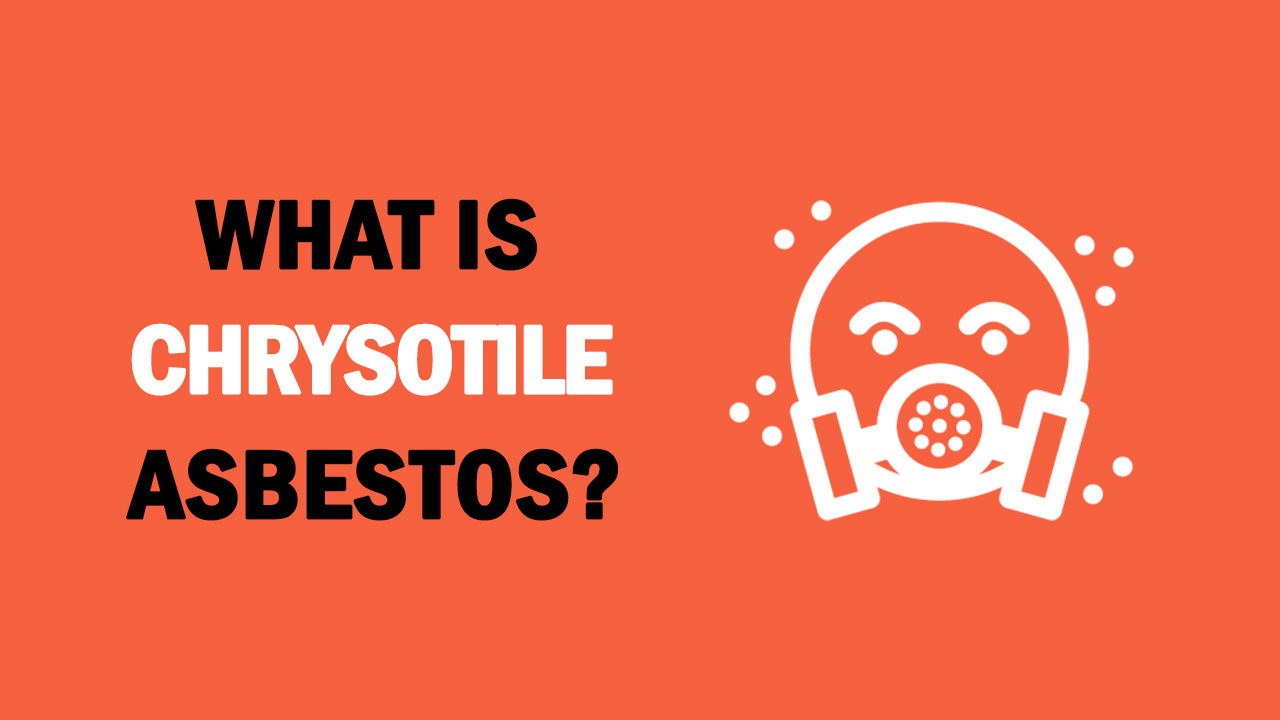 There’s a common misconception that some types of asbestos are “safe” for inclusion in homes and businesses. However, with our years of experience in asbestos testing, we at Mold Busters disagree. In fact, so does the World Health Organization (WHO)! Let’s explore why chrysotile asbestos is no better than the rest.

What is chrysotile asbestos?

Asbestos is a family of minerals made up of fibrous crystals with certain traits in common: high tensile strength, heat insulation and resistance to chemicals. It was commonly used as a component of insulation, drywall, roofing materials, break pads, vinyl tiles and many other uses.

In the latter half of the 20th century, evidence stacked up that asbestos was a major cause of various diseases including lung cancer, mesothelioma and a scarring of the lungs that was given the name “asbestosis”. Use of asbestos declined rapidly, with many countries banning the substance, and extensive efforts made to remove asbestos from buildings.

Some argue that the curly fibres that make up chrysotile are safe, or at least safer than the needle-like fibres of amphibole asbestos.

However, the World Health Organization (WHO) specifically and unequivocally declared that all forms of asbestos—including chrysotile—cause cancer in humans. Likewise, the International Agency for Research on Cancer (IARC) labels chrysotile along with other forms of asbestos a known carcinogen.

When you hear claims of chrysotile being (relatively) safe, consider:

Is chrysotile safer than amphibole asbestos?

Indeed, some studies do suggest that it takes less exposure to amphibole asbestos to create the same risk of certain diseases compared to chrysotile asbestos. However, it’s important to remember that many of these studies were funded by the chrysotile asbestos industry, and need to be viewed with skepticism.

Is chrysotile asbestos still used and where?

More than 50 countries have banned the use of chrysotile along with all other forms of asbestos. However, chrysotile remains in use in many countries, particularly in the developing world.

Nowadays, chrysotile asbestos is primarily used as a component in cement (90%), brake pads for cars and other friction materials (7%) with just 3% going to other uses.

Before you assume that chrysotile asbestos “locked” into cement is innocuous, consider: cement pipes made with asbestos can transfer asbestos into the water they carry, which can lead to asbestos being ingested when people drink that water.

Despite the ban, asbestos products are still found in buildings and other structures, remnants of the fairly recent past when chrysotile asbestos was still a legal substance.

Chrysotile asbestos was a common component of a variety of products, including:

Although in Canada and many countries, chrysotile asbestos is no longer being used in these products, it can still be found in building materials and other products made before the ban took place.

What are safe levels of chrysotile asbestos?

The World Health Organization and other experts agree: there is no threshold below which exposure to chrysotile asbestos in considered “safe”.

Even low levels of exposure are associated with elevated risk of cancer.

What are the risks and dangers of chrysotile asbestos exposure?

There are two main ways chrysotile asbestos poses a risk to your health: you might inhale asbestos through air contaminated by loose asbestos fibres, or you might ingest it. Asbestos is sometimes mixed in with concrete, and asbestos fibres in concrete pipes can get into the water system and be ingested in the water you drink. You can also swallow bits of asbestos when tiny fibres coughed up after breathing it in mix with your saliva.

Naturally enough, since exposure comes from breathing in or swallowing asbestos, illnesses associated with exposure to chrysotile asbestos are primarily diseases of the lung and chest cavity. These include:

How to identify chrysotile asbestos?

Asbestos can be found in many construction materials that may have been used in your home or workplace. Some of these substances might be exposed and in plain sight, such as vinyl tiles or popcorn ceiling treatment.

However, asbestos may also have been used in parts of the building that are not readily seen or detected: in the walls, attic, roofing materials or as insulating material around ventilation pipes, etc.

For safe and reliable detection of asbestos in your home or where you work, we recommend hiring experts to inspect the property for you. Mold Busters offers our own asbestos testing service.

If you live or work in a region we serve, we will be happy to inspect your property for asbestos and advise on remediation if needed.

When should you test for chrysotile asbestos?

Of course, if your house or workplace is older, or you see any substances that are liable to contain asbestos, you’ll definitely want to have the property tested for asbestos. In fact, any time you are looking to buy or move into a property, asbestos testing is a good idea.

Health Canada additionally advises to arrange for asbestos testing before any of the following:

Suspect asbestos if you have vermiculite insulation

If you detect or suspect presence of vermiculite insulation in your home, do not inspect or disturb it yourself. Avoid exposure to the insulation, and call in an expert to perform asbestos testing, and to remove the insulation if asbestos is detected.

How can I remove chrysotile asbestos?

As with infestations of mold in the household, handling and removing a toxic substance such as chrysotile asbestos can directly expose you to the very thing you want to get rid of.

Exposure to asbestos represents a life-threatening risk of cancer and other diseases of the lungs and chest.

If you suspect asbestos in your home or workplace, play it safe and call the experts to safely test for and, if required, remove any asbestos that might be present. For more information, see our section on Asbestos Testing.