Set in front of the dazzling blue sea of the Mediterranean, those stunning pictures of whitewashed homes in Greece¹ make for a great travel poster. But that whitewash may contain tremolite, a particularly dangerous variety of asbestos. For over 200 years, tremolite asbestos has had many uses and may be present in your home. 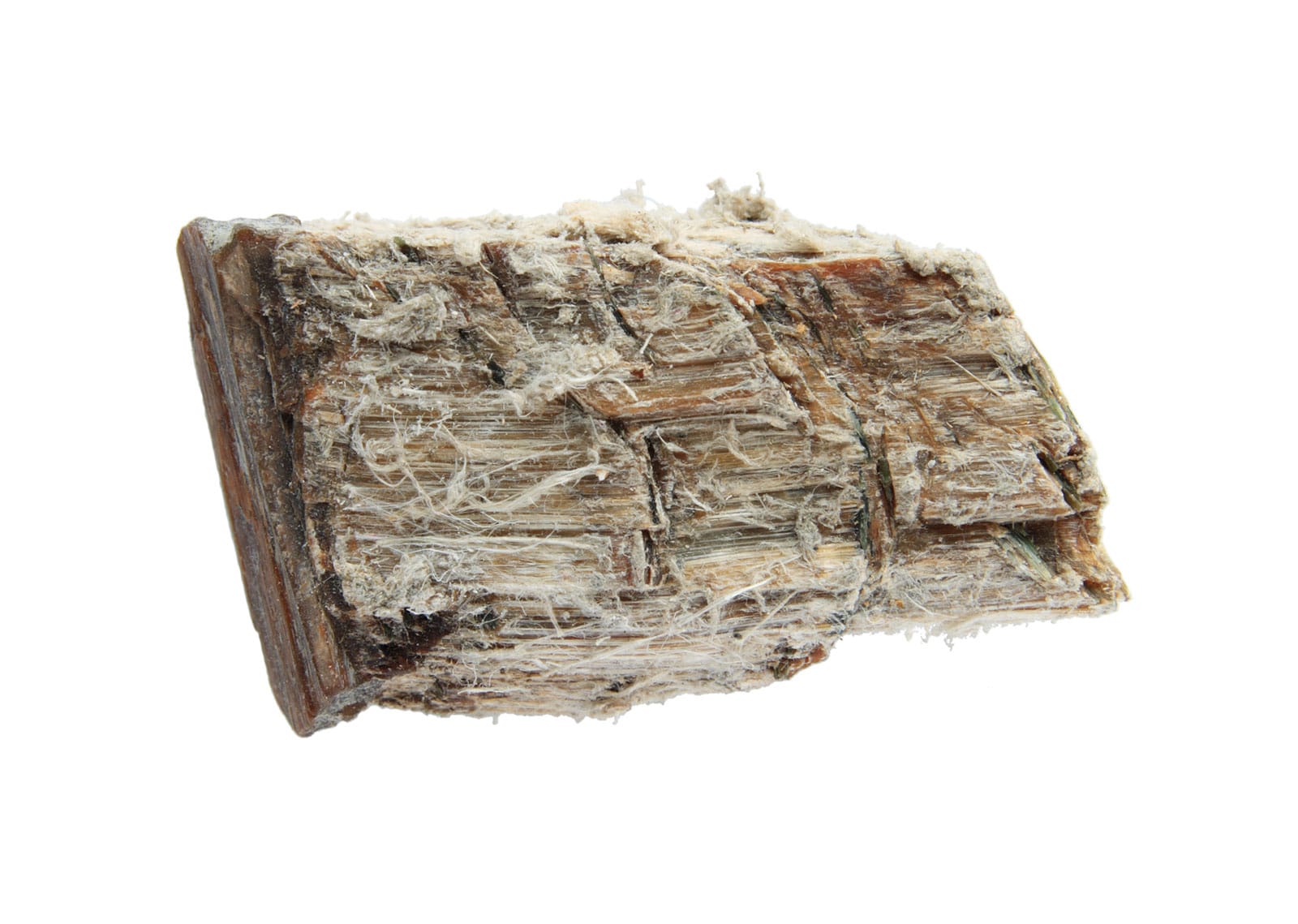 What Is Tremolite Asbestos? 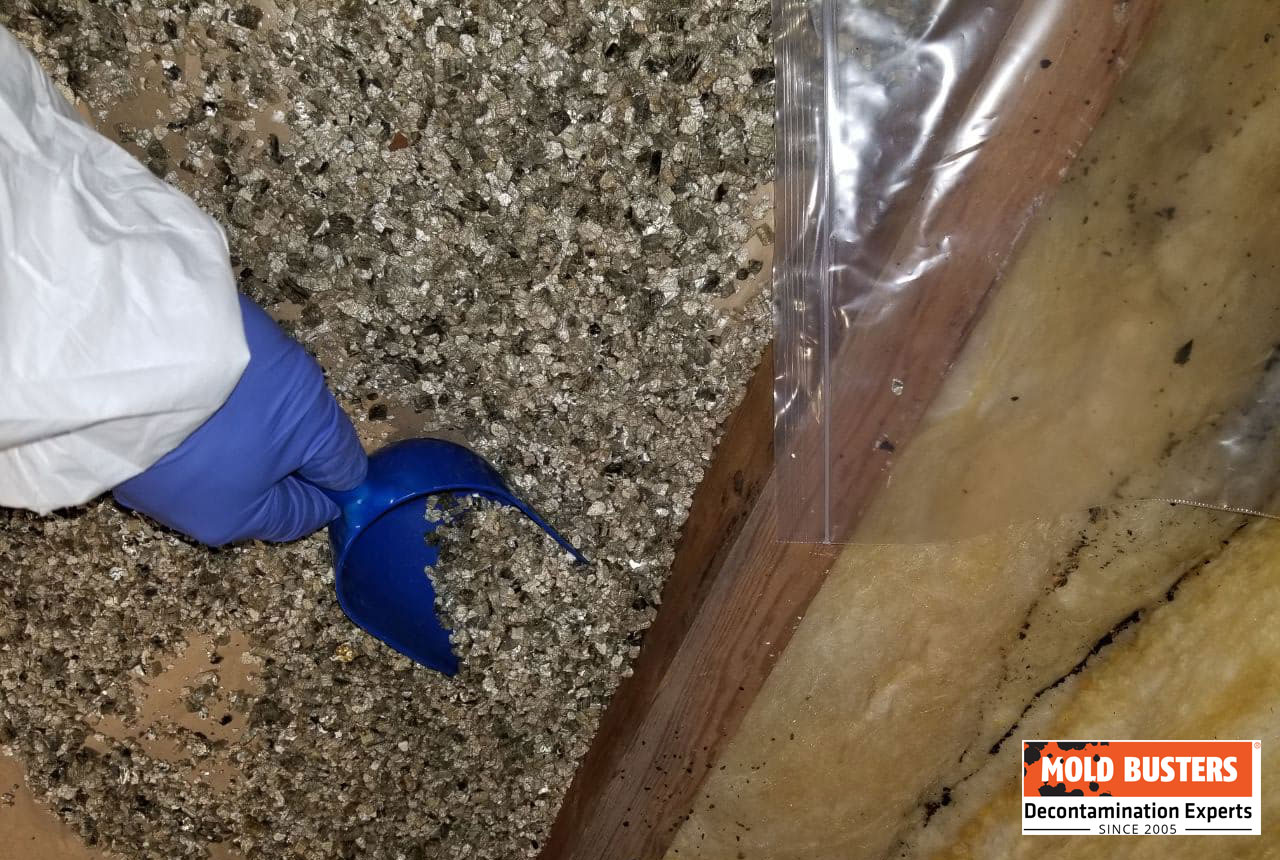 As of 2018, the use of all types of asbestos has been banned in Canada. But this dangerous mineral remains present in older products, hiding in materials such as paint, sealant, roofing, and insulation. Tremolite asbestos was notably used in vermiculite insulation under the brand name of Zonolite.

Where Else Will I Find Tremolite Asbestos?

Tremolite asbestos is not just locked in products such as insulation and automotive gaskets. It can also be found loose in gardening products used for seed germination and bulb storage. Because vermiculite holds water and improves aeration, it’s used in potting mixes and hydroponics.

Beware when you shop for gardening soil because tremolite asbestos won’t be included on the list of ingredients. Instead, look for vermiculite, which, like insulation, may be contaminated with tremolite asbestos.

Tremolite asbestos is particularly dangerous because of its “needle-like” structure, which makes it more likely to damage lung tissue.

Tremolite fibres can remain in the surrounding air and, as a result, can be inhaled. The fibres can cause mesothelioma (a form of cancer), asbestosis (a lung disease), and lung cancer. It can even affect the lungs of people who don’t have direct exposure to it.

How Can You Identify the Presence of Tremolite Asbestos?

Canada, along with over 50 other countries, have severely restricted and even banned the use of asbestos and of the importation of products that contain more than trace amounts of asbestos. However, products made with various types of asbestos, including tremolite asbestos, do occasionally make their way into Canada.

Asbestos is used to manufacture products such as boilers, pipes, and roofing. Tremolite asbestos is found not only in home building products, but also in automotive parts such as brakes and gaskets. By being exported to manufacturers in China, Europe, Mexico, and the United States, tremolite asbestos ends up in products that don’t display it on the list of harmful ingredients.

To safely and reliably determine if your insulation or piping covers contain tremolite asbestos, you need to contact an asbestos expert with equipment sensitive enough to test for different kinds of asbestos.

What Can I Do?

If you’re renovating a home or building or even buying a new one, you’ll want to know if tremolite asbestos is present because it’s such a health hazard. But because tremolite asbestos can be present inside products such as piping, roofing, and boilers, you need experts to conduct a full-scale asbestos inspection, testing, and removal process.

Tremolite asbestos can also be found in car brakes, gaskets, and clutches. If you’re thinking of doing your own automotive work on these types of parts, consider hiring a professional automotive shop to handle it instead.

If you have bags of vermiculite soil for gardening, handle them with care. Remember, that soil has a high chance of containing amounts of dangerous tremolite asbestos. Wear a mask; take the bags outside; and wet the vermiculite before working it into the soil.

How Can I Get Rid of Tremolite Asbestos?

Before you go ahead with an asbestos removal project, you first need to locate exactly which materials are contaminated. Because Tremolite asbestos is not always visible to the naked eye, only an asbestos expert can help. A professional will bring the right instruments to safely gather samples of the potential asbestos-containing product and test for the presence of tremolite asbestos. 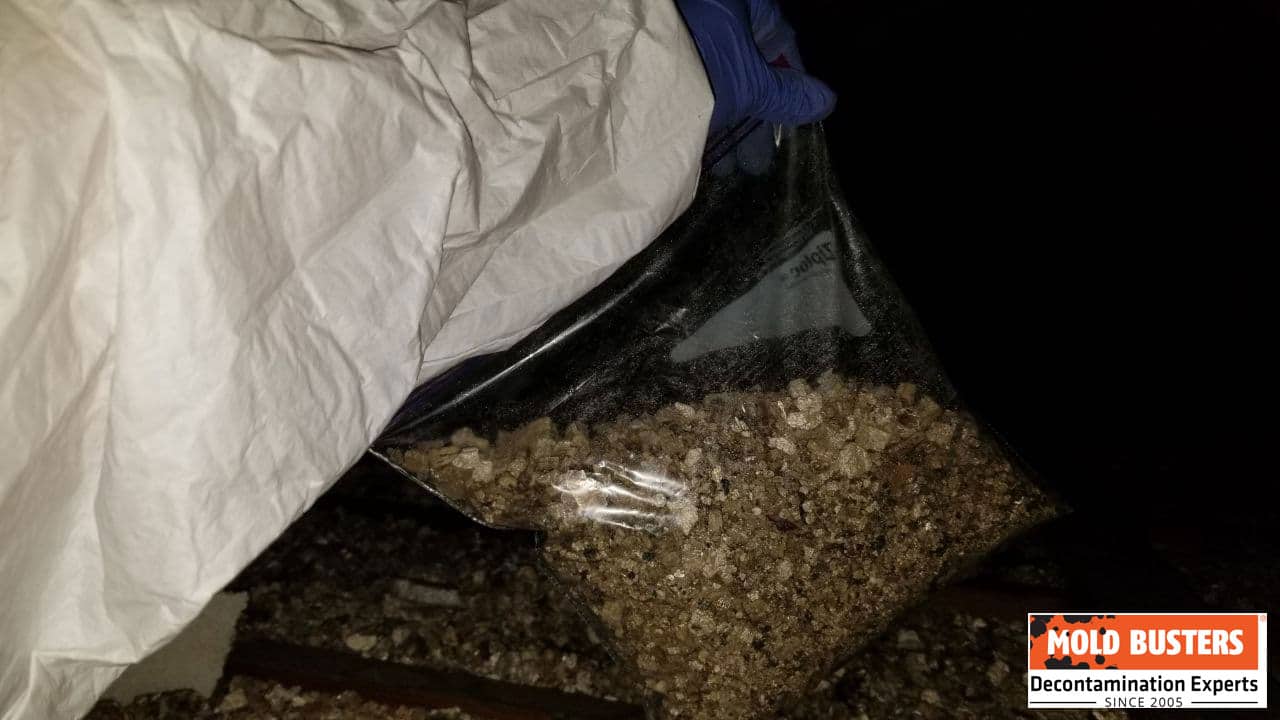 Can a home inspector find tremolite asbestos? Home inspectors simply won’t have the expertise or the tools to do the job. They usually conduct a simple visual assessment of a property, which is not sufficient to accurately identify hazards like asbestos. Instead, you need to call in specialists, like Mold Busters, who know how to safely detect and remove hazardous products from your home. This is true even when it comes time to remove the asbestos as well. Professionals use proper personal protection equipment, ensure proper containment of the worksite, and use powerful HEPA vacuums to keep tremolite asbestos fibres from circulating in your indoor air. Contact us today to speak to an asbestos expert.