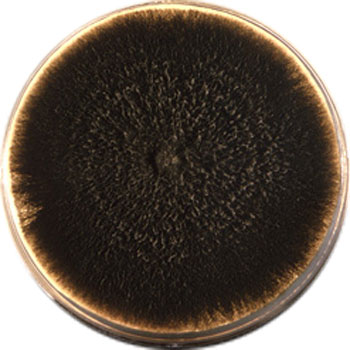 There are many different species of fungi that can affect human beings, animals, and plants. These organisms have different habitats where they are best suited to thrive. They can often cause adverse effects on the bodies of their hosts.

However, almost all fungi are beneficial to the surrounding environment, and many of them are necessary elements in their respective ecosystems. For example, most fungi are saprophytic and therefore responsible for decomposition of organic matter that in turn improves the fertility of the soil. As such, they are key players in maintaining the flow of matter and energy in nature. This article reviews molds from the Bipolaris genus, their habitat, health effects they can cause as well as ways in which they can be treated.

With 47 identified species [1], Bipolaris species are best known as plant pathogens that can be found in plant debris, soil, and a variety of other materials. They have worldwide distribution and can grow in semi-dry environments. The microscopic spores they use to reproduce are often dispersed throughout the air by wind.

Bipolaris molds have a velvety or wool-like texture. They are initially white to greyish-brown and turn green to black over time. Under the right conditions Bipolaris molds can grow rapidly, becoming mature within five days.

Most species of Bipolaris are known to be pathogenic to plants, particularly grasses. Notably, it is associated with many important agricultural commodities such as rice, maize, wheat and sorghum. The most well known species are B. spicifera, B. australiensis and B. hawaiiensis. However, these species have recently been transferred to the Curvularia genus [2]. B. sorokiniana has been known to produce two mycotoxins, prehelminthosporal and sorokinianin [1]. However, the effects of these toxins on humans are unknown.

What is Bipolaris mold?

Bipolaris molds are plant parasites that are majorly found in plant debris, soil, and other plant materials. They are commonly associated several crop diseases, such as leaf spots, leaf blights, melting outs, root rots and foot rots [3]. They thrive in semi-dry environments and spread through wind dispersal.

These molds appear brownish-grey or white in colour. However, the colour turns into an olive-green tone over time. It has a wool-like texture and it multiplies within a very short period of time. As a matter of fact, Bipolaris can reach maturity within a period of only five days.

Bipolaris molds reproduce through spore formation. As these spores are airborne and are easily dispersed by wind, they can occasionally be inhaled. Usually this isn’t a cause for concern but in certain cases the mold can grow inside respiratory tracts of human beings and animals.

What are known Bipolaris species?

According to the latest studies, 47 species are currently recognized in the Bipolaris genus.

Some of the species of Bipolaris include B. clavata, B. coffeana, B. crotonis, B. drechsleri, B. maydis, B. microstegii, B. oryzae, B. sorokiniana, B. yamadae, B. zeicola and many others.

Most Bipolaris species are known to be pathogenic to grasses and other plants. Several species have been reported to cause different health effects on human beings once inhaled.

Historically, Bipolaris molds have caused significant losses of agricultural yields and have been the cause of famine in several regions of the world. Notably, the Bengal famine in India (1943-44) occurred due to widespread loss of rice caused by B. oryzae [4]. Furthermore, Southern corn leaf blight caused by B. maydis in the 1970s resulted in enormous losses in maize crops in the USA and UK [5]. Furthermore, B. sorokiniana is considered to be the most economically important wheat pathogen in warm regions [6].

Several known human pathogens, including B. australiensis, B. hawaiiensis and B. spicifera have recently been reclassified to the Curvularia genus. However, as these species were perhaps the most well known in the Bipolaris genus we will mention them in this article. These species are well studied due to their pathogenicity. They have been known to cause meningitis, paranasal sinusitis and subcutaneous, eye, pulmonary and various other disseminated infections [7].

With this in mind, eating leftover food should be avoided at all costs. In case you discover or suspect the presence of Bipolaris mold in your home, Mold Busters are only a phone call away. We offer leading mold remediation services that will save you from the substantial costs that may be incurred as a result of sharing your house with these pathogens.

Where can Bipolaris mold be found?

Bipolaris molds are usually found outdoors although they can also find their way into the house. They mostly grow on grass, grains, soil, and plants.

Indoor plants can also be a good habitat for these parasites. Moist surfaces like decaying food, wet carpets, hardwood floors, and water damaged items and materials can also offer a comfort zone for Bipolaris molds.

The ceiling board, especially above the bathroom, is another area where these molds can thrive. A developing Bipolaris mold is usually fluffy and soft to the touch. When it matures, its colour becomes black or dark olive.

What are Bipolaris health effects?

Bipolaris species are some of the leading causative agents of phaeohyphomycosis. Their spores are potential allergens that can cause allergic fungal sinusitis once inhaled. Being able to be dispersed by wind, they are a major cause of respiratory allergies and complications. For people with severe allergies, the spores of this fungus can attach to the mucous in the upper respiratory tract and grow, causing a persistent allergic reaction that gradually leads to permanent damage of the sinuses. Some of the allergic reactions that Bipolaris can cause to humans include allergic asthma, redness of the eyes, hay fever, anaphylaxis, swelling of the dermis, urticarial or hypersensitivity pneumonitis.

Bipolaris can also cause pathogenic reactions. The pathogens may invade the cornea, skin, the aorta, bone, lungs, and central nervous system causing brain lesions. Among the symptoms of respiratory effects are coughing, wheezing, stuffy or a runny nose and asthma. In other cases, patients may experience itching, dermatitis, and eczema [7, 8]. Although most of the health effects of Bipolaris molds are associated with immunocomprimised individuals, they have been known to affect young and healthy individuals as well [9, 10, 11].

Luckily, these molds can be identified through various air sampling and surface sampling techniques. At Mold Busters, we provide same-day mold testing with fast and accurate results.

How to treat and remove Bipolaris?

Bipolaris molds can cause adverse effects if not managed on time. Treating allergic reactions or other serious afflictions can be quite expensive. In extreme cases, surgery is required to treat the problems. In any case, fighting these pathogens before they set in is a better option.

Mold Busters is a well-established organization that offers services that aim at eradicating any type of mold, including Bipolaris molds, from your home or office. The services offered include de-humidification of wet surfaces where the fungi can thrive, testing the air for mold spores, removing mold growths, making basements resistant to mold, treatment using antimicrobial and antifungal agents and improving indoor air quality.

These services are performed professionally and at very affordable costs. They can protect your family from the potentially disastrous health effects that can arise from the presence of Bipolaris molds.

In conclusion, mold can potentially be extremely harmful. In nature, fungi are necessary for nutrient cycling as they help in the decomposition of organic material but they are not very friendly to humans. In addition to the potentially fatal diseases they can cause, agricultural yields can also be decimated by their presence.

Fighting these harmful pathogens should be prioritized in order to protect our health and to minimise economic losses in agriculture. To learn more about the prevention and eradication of mold, contact Mold Busters today to schedule an appointment.