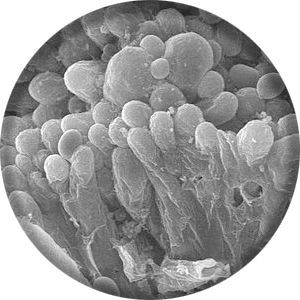 Did you know that homes and workplaces with water damage, poor ventilation and high humidity are prone to mold growth?

If you are not already aware, preventing mold in your home is extremely important, especially if the mold originates from Basidiospores, reproductive spores produced by fungi of the Basidiomycota division. Bearing in mind all the side effects of chronic exposure to Basidiospores, timely removal of this hidden menace should be high on your list of priorities.

In fact, these species of mold can develop everywhere – from your sinks, heaters, attics, and basements to your appliances, walls, and carpets. If you have already observed wood rot or discoloured tiles with a musty smell, it’s definitely time to call a professional mold testing company.

In many cases, mold can’t be easily spotted with the naked eye. When it comes to finding and preventing a unique indoor and outdoor pathogen like this in your home or workplace, some time spent studying can go a long way.

Not sure how to detect this type of mold? Read on.

Basidiospores are sexual reproductive spores produced by fungi belonging to the Basidiomycota. This division contains more than 31 000 species [1], including mushrooms, puffballs, boletes, chanterelles, rusts, smuts, bunts and many more. Basidiospores are produced on specialized club shaped cells called basidia. Each basidia has 4 small outgrowths called sterigmata, each of which produces one spore. Basidiospores are often actively and forcefully released into the surrounding air.

What are common places for Basidiospore growth?

Mentioned below are some of the most common places to look for molds derived from Basidiospores::

The release of Basidiospores is often triggered by rainfall or high humidity, as the spores are more likely to find a suitable place to develop in these conditions. Once released, their small size and low weight allows them to be carried through the air over great distances.

Basidiospores develop into many sorts of commonly found mold. These molds are identifiable by their MVOC (Microbial Volatile Organic Compounds) releases that have a unique musty and condensed smell. As small as 100-120 picometers in diameter, these allergens are present in a wide array of colours, shapes and sizes. The molds themselves are composed of rarely clustered hyphae with clamp connections and distinctive asymmetrical attachment points.

What are acceptable levels of Basidiospores?

Currently, there are no accepted guidelines on acceptable levels of fungal spores. However, a high concentration of spores can be indicative of a high density mold problem in both domestic and commercial environments. Studies suggest that one cubic meter of air typically contains 1 000 – 10 000 fungal spores in temperate climates, but much greater concentrations have been reported in urban areas, particularly during spring and fall [4]. Considering that Basidiospores can trigger opportunistic infections, their levels should be kept as low as possible.

What do Basidiospores grow into?

When the conditions are right, Basidiospores will germinate and begin to develop. At first they will grow into a primary mycelium. This web of hyphae will spread until it finds another primary mycelium with which it is compatible. The two will fuse into a secondary mycelium which can live for many years, producing basidiocarps or fruiting bodies, potentially releasing trillions of spores during its lifetime. As the secondary mycelium is the predominant form of the life cycle, it is the stage at which the fungi are most often encountered by humans.

If inhaled in significant amounts, Basidiospores can lead to serious health issues. Most issues are associated with the respiratory tract. Basidiospores have been reported in cases of allergic bronchopulmonary mycosis, allergic fungal rhinosinusitis and fungus associated chronic cough [5]. Most likely to be affected by fungal pulmonary infections are individuals who already suffer from lung diseases such as asthma or cystic fibrosis.

Some of the most well known human pathogens in this group belong to the Cryptococcus genus. Although not all species in the genus are pathogenic, some are extremely dangerous and are known to cause severe forms of meningitis and other types of serious infectious disease. Collectively known as cryptococcosis, this disease is most likely to affect AIDS patients or people taking immunosuppressive drugs. Cryptococcosis is often fatal, with mortality rates ranging from 9% in high-income regions to over 70% in sub-Saharan Africa [6].

What are Basidiospores health effects?

Basidiospores have a long list of adverse impacts on the health of both humans and animals, including household pets. Although they are most likely to lead to potentially dangerous respiratory illnesses such as hay fever, asthma and hypersensitive pneumonitis, these fungi can result in a number of other health problems, such as eye infections, diseases of the skin and nails, and even meningitis.

What are Basidiospores allergy symptoms?

Similar to other fungal spores, allergic reactions to Basidiospores are determined by the amount of spores inhaled and by the sensitivity of the individual. When inhaled in a large quantity, this allergen can cause a number of reactions and health issues that can sometimes be deadly.

The list of symptoms and the ailments caused by Basidiospores includes the following:

How to identify Basidiospores in your home

It’s not easy to locate molds caused by Basidiospores through everyday observation. If you have ever noticed dry, brown discolorations or wood rot at your home or workplace, they are likely the work of germinating Basidiospores. These types of molds generally develop from airborne spores that are easily brought in via windows and doors.

Not even traditional air sampling can help in this case, as the results might not be able to distinguish Basidiospores from spores of the Aspergillus species. Instead, call a professional mold removal service directly to your home or office and get your interior professionally tested. A thorough field test will reveal all the answers.

How to get rid of Basidiospores mold?

Getting rid of Basidiospores is a staple of maintaining a healthy indoor environment. If you ever suspect mold of this type in your home, do not hesitate to ask for professional help. With both indoor and outdoor inspection, diagnosis, sampling, quantification and characterization, we will be able to suggest a remedy without burning holes in your pockets. Schedule a home inspection today and our team will visit your doorstep in no time.