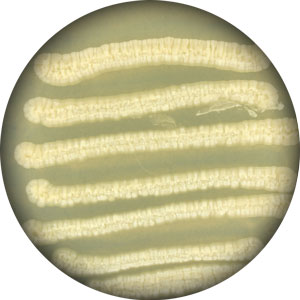 Yeasts are part of the fungus kingdom, classified as members of classes Basidiomycota and Ascomycota. They are single-celled, eukaryotic microorganisms. Different yeast species are used for different purposes, but some yeast species are opportunistic pathogens that can cause infections in people with compromised immune systems. The most important such species are from the genus Candida. After that, Trichosporon is the most common pathogen among invasive yeast infections in immunocompromised hosts. [4]

Trichosporon species are urease-positive, non-encapsulated basidiomycetous yeast-like anamorphic organisms with no known sexual state. They are widely distributed in nature and can be found mostly in tropical and temperate regions. The main morphological characteristic is that they form cylinder-shaped arthroconidia, besides pseudohyphae, septate hyphae and blastoconidia. [2,8]

The genus Trichosporon was first identified in 1865 by Beigel. He observed this microorganism in hair, causing benign hair infection. In 1890, German dermatologist Gustav Behrend isolated the agent causing white piedra from the yeast taken from mustache hair and described it and named it Trichosporon ovioides. Of course, since then other Trichosporon species have been identified. In 1902, Vuillemin joined all species of the genus Trichosporon into one –Trichosporon beigelii, a yeast that contains arthrospores. [9]

Species of the Trichosporon genus exist widely in nature; the genus comprises 51 species, 16 of which are pathogenic to humans. [6]
Based on a molecular analysis, the taxonomy of the genus Trichosporon has been revised. Revision included a division of the species T. beigelii in several distinct species and with at least nine of them which have the potential to cause human disease: Trichosporon asahii, T. mucoides, T. inkin, T. cutaneum, T. asteroids, T. ovoides, T.n pullulans, T. loubieri and T. japonicum. [6,5]

What are the health effects of Trichosporon?

As mentioned earlier, species from the genus Trichosporon are able to colonize and proliferate in different parts of the human body, including the gastrointestinal and respiratory tract, skin, hair, and vagina. For that reason, this genus is medically important.

Of course, not every species is equally dangerous. Some of them can cause deep-seated, mucosa-associated, fatal infections and some just superficial infections. [9]

The most common pathogen among this genus is T. asahii. This species can cause invasive fatal trichomoniasis, especially in hosts whose immune system is compromised. That can be hosts suffering from neutropenia, hematologic malignancies, organ transplantation, extensive burns, or AIDS. [4]

Invasive trichosporonosis is not a common infection but is often fatal, especially in patients with hematological malignancies. The main type of this invasive infection is Trichosporon fungemia, which is often neglected and misdiagnosed as another type of yeast fungemia, such as candidemia. [1,3]

During the past 10 to 15 years, trichosporonosis has been recognized with increased frequency, but is often confused with candidemia. The first case of deep-seated infection with Trichosporon is recorded in 1970 in a 39-year old African woman. She had a T. cutaneum brain abscess associated with metastatic adenocarcinoma. [6]

Trichosporon species may also cause a life-threatening infections in patients who don’t have malignancies or neutropenia, but who are at the risk of fungal infections due to compromised skin or some chronic illness. [2]

The mortality level of invasive trichosporonosis is high because of difficult early diagnosis or wrong diagnosis, and because of lack of optimal antifungal therapy and high resistance to the common antifungals. [7]

One of the most common superficial infections caused by Trichosporon spp. is white piedra.

White piedra is an infection that mainly affects capital hair, but can also affect hair of armpits, pubis or mustaches, and beards. It is a chronic and asymptomatic infection in which white nodules are formed as a result of aggregation of conidia around the hair shaft.

This is a superficial infection because the organism stays in contact only with the cuticle, without invading neither the scalp, skin, or hair medulla. White piedra is mostly caused by T. ovoides, but T. asahii, T. inkin, T. cutaneum and T. mucoides have all been associated with this widespread infection. The main risk factor for this infection to appear are humidity and poor hygiene. [10]

Onychomycosis is a fungal infection of the nail that can also be associated with infections caused by Trichosporon spp, especially with T. asahii, T. mucoides, and T. inkin. [10]

How to cure a Trichosporon infection?

Superficial trichosporon infections can be treated with some pharmaceutical products such as 1% mercuric chloride, 1% iodine solution, and 30% salicylic acid, or with topical antifungals, imidazoles like econazole, isoconazole, miconazole, etc. [9]

Trichosporon spp. showed less resistance to triazoles and fluconazole, so these agents can be used as initial therapy against infections caused by Trichosporon. Voriconazole also showed excellent activity against Trichosporon and it can be useful as a treatment for patients with trichosporonosis. [9]

One of the ways that can help with trichosporonosis is immunotherapy, since this infection appears in immunocompromised patients or patients with neutropenia. Immunotherapy uses cytokines for the treatment of such infections. [10]

What are the differences between Trichosporon and Candida?

Trichosporon infections are often confused with infections caused by Candida. That is because these two genera are similar, but differ in several respects. Trichosporon spp. do not produce a germ tube; they can form not just pseudohyphae, but also hyaline septate hyphae and they can also produce arthroconidia. 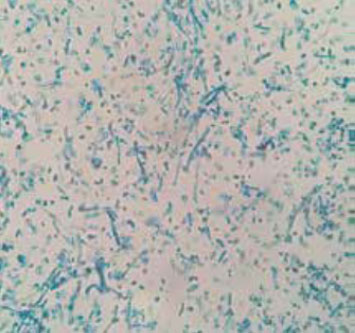 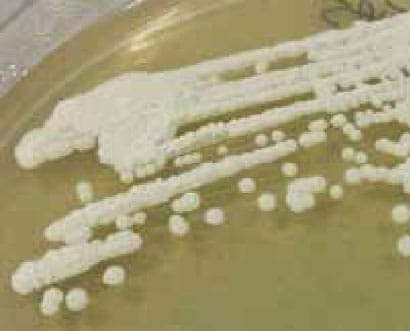