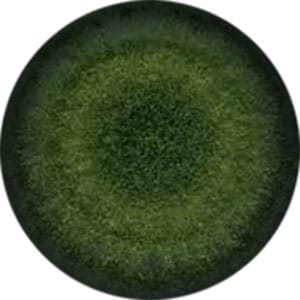 What is Trichoderma viride?

Trichoderma is a fungal genus in the family Hypocreaceae. Species in this genus are mainly found in the soil, rotting wood, plants root systems. One of the most notable species from that genus, Trichoderma viride, is considered to be an opportunistic, non-virulent, symbiotic fungus and often used in biocontrol of important plant pathogens (fungi and bacteria).

With four species, the genus Trichoderma was initially described in 1791 in Germany. Gilman and Abbot, in 1927, identified these four species, distinguishing them by conidia morphology and by the colony appearance. Most were identified as T. lingorum (= T. viride) for having a rough surface on conidia (globose conidia) or as T. koningi, spherical round conidia (oblong conidia). In 1932, Weindling demonstrated antagonistic activity of genus Trichoderma and its species and suggested their use as biocontrol agents against many other plant pathogens (1).

Depending on the substrate on which it grows, T.viride appears to be a light greenish or yellowish mold with somewhat granular or powdery conidia without the formation of concentric rings on the colony (Fig.1)(2). The majority of the fungi in this genus reproduce asexually via conidia.

Trichoderma viride is a fungus that tolerates temperatures between 15 °C and 40 °C (59 °F – 104 °F). For optimal growth requires temperature between 25 °C–35 °C (77°F – 95°F) and acidic soils with pH around 5. Trichoderma doesn’t prefer humans as hosts, and infections are rare, but having the ability to grow at 37 °C (98.6 °F) is a prerequisite of causing opportunistic infection in humans. To minimize health risks, the behavior of all commercially used strains should be tested at 37 °C and above (3).

The genus Trichoderma is of great economic, agricultural, industrial, and medicinal importance

With the ability of mycoparasitism (one fungus attacks another one), this mold can be an effective bio-control agent. A wide specter of mycotoxins and enzymes gives T. viride the ability to colonize and take all surrounding nutrients compared to other organisms. With mycelium that expands incredibly quickly and the ability to metabolite sugars from other types of environmental polymers such as cellulose (from plants), glucan (from fungi), and chitin (from insects), making glucose out of them, it starves other neighboring fungi. Such aggressive behavior and rapid growth rate were recognized and utilized to control certain plant pathogens (4).

With its protective enzymes, T.viride is a good antimicrobial agent against pathogens like fungi and bacteria. Furthermore, as a saprophyte, it uses its hydrolytic enzymes to decompose lignocellulose and circle back nutrients to the plants, thereby boosting root growth. Some studies have shown that this type of behavior supports the growth of root hairs, which allows plants to penetrate deeper into the soil, taking more water and nutrients to support overall plant growth. Because of that, this fungus can be used to increase crop yields (4).

This way, other than being a biocontrol agent, T.viride can modify environmental conditions and promote plant growth. Researchers have found that the genus Trichoderma is contributing to microarthropods populations, which are beneficial to plants. Their action improves nutrient availability, promotes plant growth, and strengthens the plant’s immune response (4).

T.viride is known to have antibacterial effects. In this regard, within the genus Trichoderma, T. harzianum is another notable species. These two strains greatly increase the effectiveness of one another, complementing each other with a slight difference in preference of relations with certain plants. T. harzianum is also used in the production of the well-known antifungal drug cyclosporine (5).

Trichoderma viride produces a very important industrial enzyme known as cellulase. This enzyme is used to degrade plant biomass in the production of second-generation biofuels and other products such as laccase for the textile and food industry, various sugars, organic acids, solvents, etc. (4). Trichoderma viride shows the capability of decomposing nitrogen explosives, and some research suggests that T. viride can be used to degrade plastic molecules (10, 11). In this instance, this fungus can be used for the remediation of environments that contain various pollutants.

Only a few studies have shown that T. viride can cause damage to some plants by stripping their root system of nutrients and water, clogging them, significantly decreasing their immune response by making them susceptible to other pathogens. Pine tree seedlings can be especially affected by this condition (6).

Trichoderma species can also be responsible for health problems for those with compromised immunity. Opportunistic fungal infections represent a significant threat to those individuals as fungal spores are often abundant in the air, especially in moldy indoor environments. These infections can often occur after organ transplant procedures because the drugs given to prevent organ rejection suppress the human immune system. Some members of this genus can also cause allergic and acute invasive sinusitis, skin and subcutaneous infections, deep pulmonary infections, and brain abscesses (7).

Trichoderma viride, under certain conditions, produces mycotoxin known as gliotoxin. Even though this toxin has antibacterial properties, it can also compromise the human immune system as it serves as an immunosuppressor by inhibiting phagocytosis and blocking inflammatory response. Gliotoxin can also be neurotoxic (8).