We are exposed to mold every day. A mold-free environment is almost impossible to achieve even on that shiny metal surface in your kitchen. These tiny organisms are simply always present in our lives.

Molds expand by spreading hyphae that look like tiny hairs. [1] They reproduce via spores that are similar to ultra-small seeds. All of them cause biodegradation of natural materials, which is undesirable when food spoilage, property damage or health problems occur. Molds and other fungi also play a very significant role in biotechnology and food science, in the production of various types of food, beverages, drugs, antibiotics, and enzymes. 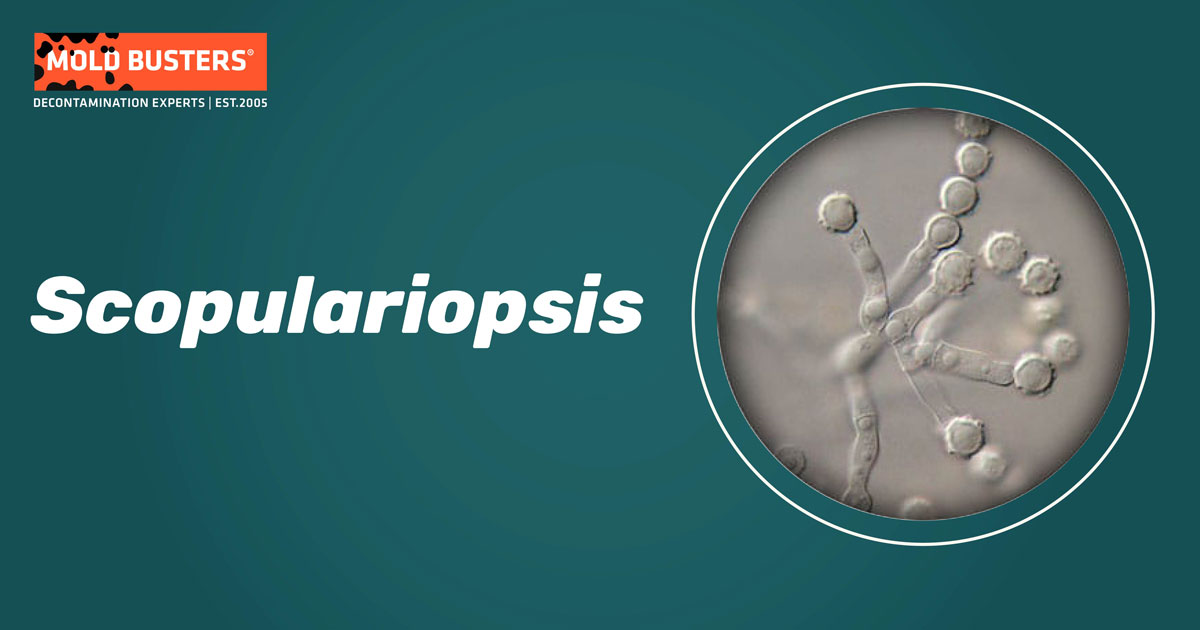 Molds require the right amount of moisture to grow, but spores can survive in very dry or cold conditions until the environment becomes moist enough for them to sprout. They thrive in many various types of conditions even when you do not see them.

They are saprobic and pathogenic to animals and humans. [2] Saprobes are a group of fungi that act as decomposers, feeding on dead and decaying wood, leaves, and other organic matter. Decomposers are essential for the survival of the ecosystem. The Hyphomycetes family includes fibrous fungi that multiply by conidia and which are mainly formed in the air on conidiophores derived from the substrate. Colonies grow rapidly at 25° C, reaching 4.5––5.5 cm in one week. The colonies are initially white, but as they mature, they become puffy and powdery to granular in texture and develop a brownish colour.

All of these species are found in food, drywall, wallpaper, wood, dust, rotten wood, and various other plant and animal products.

A sexual form called Microascus brevicaulis has recently been identified. [6] Bartolomeo Gosio discovered that in humid conditions, this species produces significant amounts of trimethylarsine by biomethylation of inorganic pigments used in interior wallpaper, which is then released into the air. [7] Anamorphic and teleomorphic connections have already been established for many species. The sexual conditions of some species of Scopulariopsis are not yet known. [10]

Where can Scopulariopsis be found?

Scopulariopsis brevicaulis is by far the most common species found indoors. It has been found to grow on all kinds of decomposing organic matter, and it thrives on materials that contain high levels of protein, such as meat and cheese that ripen. Degrades cotton, textiles, and paper products and causes color deterioration. It is also understood as a human pathogen.

Scopulariopsis brevicaulis is widespread in nature and is usually isolated from the ground, especially in places where cellulose decomposes. Although often considered a pollutant, it can cause infection of various human systems including:

Scopulariopsis species are common fungal contaminants both indoors and outdoors, but they also cause mycosis in humans, especially in immunocompromised patients.

Many species of Scopulariopsis can release arsenic gas from substrates that contain this element, which may be noticed as a garlic-like odour.

One of the most noticeable features of S. brevicaulis is its association with human death by the production of arsine gas from arsenic dyes found in wallpaper. The whole story was clarified by Frederick Challenger in 1945 when he identified gas as trimethylarsine. S. brevicaulis consumes the starch from the wallpaper. The fungus converts the arsenate found in the paper into trimethylarsine oxide. Finally, the oxide is reduced to trimethylarsine and a toxic gas is released. Although this phenomenon was initially associated only with S. brevicaulis, other molds found in the vicinity may also theoretically be able to release volatile arsenic compounds using the same mechanism. [9]

How to get rid of Scopulariopsis?

If you notice mold growth in your home or office, remove it as soon as possible. Most types of indoor mold can be dangerous to human health, especially for people who have lung problems, a weakened immune system, or those who often suffer from allergies.

But in severe cases, even in people with pre-existing health conditions, mold can lead to pneumonia and respiratory distress.

Genetic predisposition or a weakened immune system makes a person more susceptible to diseases caused by even small amounts of mold.. The most common symptoms of mold exposure are wheezing, shortness of breath, flu-like body aches, and unexplained fatigue.

You can find many commercial products that are effective for removing mold, but most contain harsh chemicals that can be as harmful as the mold itself.

When you suspect a mold contamination, you should get a professional mold test to see what species of mold you are dealing with and call a mold removal expert to help you remove them safely.

Basements in Canada are the most affected by the Penicillium/Aspergillus mold group!? Find out more exciting mold stats and facts inside our mold statistics page.