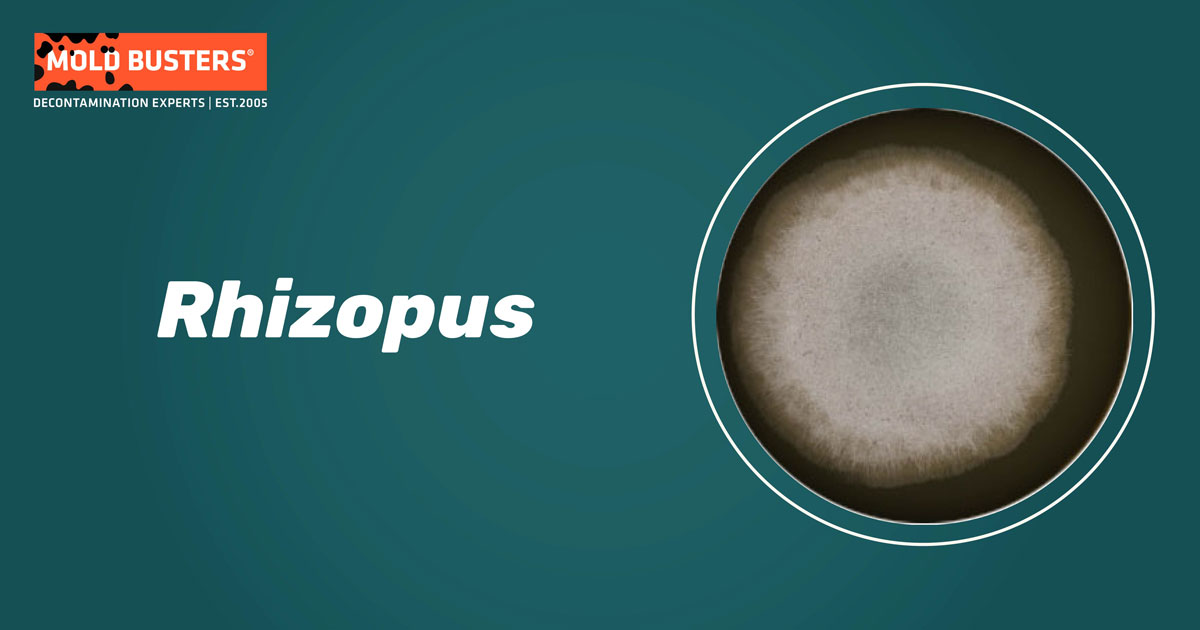 The genus Rhizopus is one of the best known and most widely studied Zygomycetes fungi. It is ubiquitous in soil, animal excrements, and rotting vegetation.

There are several everyday uses of various species of this genus. For example, in the food industry, Rhizopus species are important fermentation agents. In medicine, this genus is important because it is used in the production of medicines and certain important enzymes.

But, the Rhizopus genus is not solely known for its positive characteristics. Some Rhizopus species can cause plant products in storage or transit to decay. Under favorable conditions, they can cause diseases in plants. Furthermore, some species have been found to play an increasingly important role in animal and human diseases, such as mucormycosis [9, 13].

All members of the Rhizopus genus are filamentous fungi. Colonies, which are usually deep grey to black in color, grow rapidly at the right temperatures. Rhizopus species have haploid mycelium composed of haploid, multinuclear, coenocytic hyphae. Their morphology is characterized by the presence of stolons, rhizoids, and sporangiophores. Stolons are well or poorly developed. Sporangiophores usually arise solitary or in groups of two to ten from stolons and sometimes from hyphae. [9, 11]

In general, Rhizopus does not require specific growth factors and can grow in a wide range of settings and harsh conditions. [9]

Based on this, the Rhizopus genus is divided into three main groups or species complexes:

There are now 10 species included in this genus, which includes plant spoilage species and food-related species. [5, 13] Some of that species are Rhizopus oligosporus, R. oryzae, R. stolonifer (R. nigricans), R. microsporus, and R. homothallicus.

R. Stolonifer is a mucoraceous fungus that survives in soil and debris in orchards and around packing houses. Spores of this fungus are almost ubiquitous and easily carried by air. Released spores can survive long, dry periods under high temperatures. This fungus rarely causes direct infection of healthy tissue; rather, infection occurs in fruit that insects or other physiological disorders have already injured.

Sporangiophores of R. stolonifer are erect and anchored to the substrate by rhizoid. When growth is finished, hemispherical aerial sporangia arise from sporangiophores whose thin cell wall contains numerous sporangiospores. [1]

Rhizopus oryzae is most frequently isolated from patients with zygomycosis (mucormycosis). It is characterized to be a fast-growing fungus. R. oryzae is an economically important species. It is used to produce the enzymes glucoamylase and lipase in the synthesis of organic acids, and various fermented foods. It is present in maize, beans, sorghum, cowpeas, pecans, hazelnuts, pistachios, wheat, barley, potatoes, sapodillas, and various other tropical foods. When it is isolated from foods, it is often identified as R. arrhizus.

R. oryzae has brown sporangiophores that can be straight or curved, swollen or branched, and the walls can be smooth or slightly rough. [6, 7, 13]

It is very similar to R. stolonifer; the main differences being sporangia that are smaller and darker in color; sporangiospores that are dispersed by air; and zygospore ornamentation. [13]

This species is traditionally used in the production of tempeh, a fermented food made of soybeans. However, R. oligosporus can also be used to ferment other legumes and cereals. It is considered a domesticated form of R. microsporus, which is also commonly known as R. microsporus (var. oligosporus). Although other varieties in the R. microscopus complex may be harmful, this one is not associated with the production of potentially harmful metabolites. R. oligosporus is not found in nature and is frequently used by humans. [3, 13]

This species has large, subglobose to globose spores and many irregular spores with nonparallel valleys and ridges. [8]

In vegetative reproduction, small fragments are formed on the body surface.  When stolon break into two or smaller units, each of these parts can become a mother mycelium.

Asexual reproduction occurs by the formation of either (a) sporangiospores or (b) chlamydospores.

In the second case, given unfavorable conditions, chlamydospores are formed by septation of mycelium. Later, when the connecting mycelium dries up, they get separated from each other. With the onset of good conditions, the chlamydospore germinates and produces a new mycelium.

Finally, sexual reproduction takes place during unfavorable conditions by means of gametangial copulation. When two compatible hyphae meet, the growth of aerial hyphae called zygophores occurs. At the tips of zygophores, gametangia are formed. The two gametangia undergo plasmogamy, which leads to the formation of a zygote. The zygote then grows, matures, and becomes surrounded by a zygospore, a structure with thick walls.

This structure covers both the outer and inner layers and helps the zygote to survive harsh environmental conditions. After a resting period, under favorable conditions, the zygospore forms a germ tube and germinates into a sporangiophore, which bears a sporangium. Sporangium contains a huge number of spores that germinate into mycelia. [12]

Differences between Rhizopus and Mucor

Both genera include species of ubiquitous soil fungi mainly living as saprobes. But under certain conditions, some species can be responsible not only for agricultural and food spoilage but also for mucormycosis in humans and animals.

The main characteristic of Rhizopus that can help distinguish it from Mucor is the presence of rhizoids at the base of the sporangiophore. Besides this, there are a few more characteristics that can help in distinguishing these two genera. For example, Mucor has a branched sporangiophore, while the Rhizopus sporangiophore is generally unbranched. Mucor has no stolons or apophyses, while Rhizopus has stolons that connect sporangiophores with the rhizoid and contain apophyses in sporangia. There is also a difference between the temperature at which the pathogenic species of these two genera grow. Rhizopus species can grow at 40°C while Mucor species cannot. [4]

Zygomycetous fungi like Rhizopus are reported to be allergenic. Rhizopus can cause allergies in people sensitive to this type of mold. Common symptoms include coughing, wheezing, runny nose, and other allergy-like reactions.

In immunocompromised individuals, Rhizopus mold can cause mucormycosis. This illness happens when mold becomes airborne and enters the lungs or sinuses. However, sometimes the mold can enter the bloodstream through open wounds. The most common symptoms of mucormycosis are fever, cough, black discharge from the nose, and eye swelling. This disease is severe for people with weakened immune systems, especially if it spreads to the lungs or brain.

Studies of clinically important fungi revealed that R. oryzae and R. microsporus are the most frequent agents of mucormycosis. [2, 11]However, the disease can be treated with antifungal medication. [7] And in healthy individuals, infections associated with Rhizopus are rare.

How to get rid of Rhizopus

If Rhizopus is found on food, it should be thrown away immediately. It is not recommended to remove the part of the food where the mold is visible and consume the rest because some mold spores may still be present, albeit invisible. After you discard the contaminated food, you should also clean the area where the food was stored.

Most molds, including Rhizopus, can grow on dust, which is why it is important to keep surfaces free and clear of dust. If you have proper personal protective equipment (e.g., gloves, respirator mask, etc.), you can remove Rhizopus yourself. However, if you are allergic to mold, not confident in your mold removal skills, or don’t want to risk spreading mold to other areas of your home, you can call an expert to remove it for you. This is typically the most recommended option, as mold problems typically prove larger than they seem on the surface. An expert will find the underlying cause of the mold and help you fix it safely and effectively.

Bathrooms in Canada are the most affected by the Basidiospores mold group?! Find out more exciting mold stats and facts inside our mold statistics page.