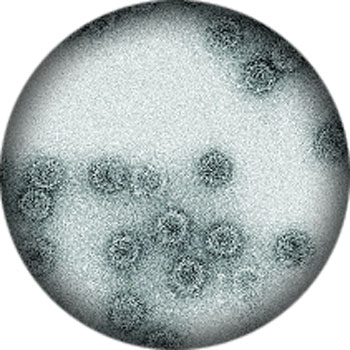 What is Penicillium brevicompactum?

Penicillium brevicompactum belongs to the well-known genus Penicillium, which contains over 300 species of saprophytic fungi. Interestingly, the genus Penicillium got its name from the Latin word “penicillius“, which translates to “painter’s brush”. Most members of the Penicillium genus prefer dark, moist, and cool locations and, as such, are marked as one of the three most common indoor molds found in our houses, besides Cladosporium and Aspergillus(1). Besides this, fungi from the Penicillium genus hold an important role in the cycle of organic and inorganic materials through decomposition. They are one of the most frequent causes of food spoilage (2,3).

Penicillium brevicompactum is a frequent inhabitant of a wide range of fruit. This species is only a mild fruit pathogen and doesn’t cause serious damage. However, there were reports of P. brevicompactum causing spoilage of certain stored fruits and vegetables, such as grapes, mushrooms, potatoes, apples, and ginger (4,5). It is also commonly found in cakes and bakery products (6). When cultured on growth media, it slowly forms mostly light-green colonies, roughly 20 mm (0.8-inch) in diameter per week, at 25 °C. Its fruiting structures (penicilli) are brush-like, large, and usually contain two conidia-bearing branches. Conidia (asexual spores) are 2.5–3.5 µm long, mostly smooth, and ellipsoidal. P. brevicompactum optimally grows at 23 °C (73.4 °F), with a range between –2°C (28.4 °F) and 30°C (86°F) (4).

As part of the data analysis presented inside our mold statistics resource page, we have calculated how often mold spore types appear in different parts of the indoor environment when mold levels are elevated. Below are the stats for Penicillium brevicompactum:

Through fermentation, P. brevicompactum produces mycophenolic acid, which likely doesn’t play a very important in food spoilage. However, mycophenolic acid has found an important role in human medicine. Initially discovered in 1983, in the 1990s, it was revealed that this molecule has great potential as an immunosuppressant. Today, only in the US, it holds more than one million subscriptions annually (7). Mycophenolic acid is used in treatment against transplant-organ rejection and to combat serious autoimmune conditions such as Crohn’s disease and lupus. It has also become an important treatment for psoriasis conditions that are not treatable by other methods (8–10).

Mycophenolic acid suppresses our immune system by blocking the synthesis of purine bases in the liver. Nucleotides adenosine and guanosine are purines and represent the four building blocks of deoxyribonucleic acid (DNA). However, the action of this molecule is specific, reversible, and targets only lymphocyte cells. It acts as a potent inhibitor of the enzymes essential to the de novo synthesis of guanosine monophosphate. Most of our cells can acquire purines by salvaging them from digested nucleic acids or by their de novo synthesis. Since B and T lymphocytes proliferation relies exclusively upon the de novo synthesis of purine bases, only lymphocytes are suppressed. At the same time, the other cells acquire purines originating from the digestion pathway and remain largely unaffected (8–10).

Penicillium brevicompactum is among five most common Penicillium species found in housing. Spores of this species are frequently found in dust, carpets and other textiles, as well as in indoor air samples. For these reasons, it may be contributing to the allergies induced by pour air quality (11). P. brevicompactum is considered as a mold characteristic for homes with water damage and is therefore listed in the Group 1 of the ERMI (The Environmental Relative Moldiness Index) list of potentially hazardous fungi (12).