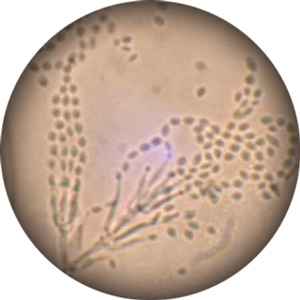 The kingdom of fungi consists of many diverse organisms, some of which we couldn’t live without. Most of them we never even come across and many species are still to be discovered. Fungi have diverse roles in human affairs. Some are used for the production of antibiotics, while others have found use in industrial fermentation, producing many important chemicals. Many of them are used in agriculture, as biological control agents or as bioinsecticides.

Of course, it’s not all positive. We all know about the danger of poisonous mushrooms, the plant pathogens that destroy millions of dollars of crops every year, the fungi spoiling food and so on.

Another common problem faced by homeowners around the world is mold. Mold usually develops in damp and warm areas. Sadly, water and warmth are human requirements as well, which is why these organisms often colonize our homes. Mold is no joke though, and can have a significant effect on those who co-habit with it.

This article will review molds from the Paecilomyces genus. Although considered relatively uncommon, this genus can be found in up to 10% of water damaged homes [1].

Paecilomyces as a genus of saprotrophic fungi that is widespread in soil and decaying plant matter. They are common environmental molds and are closely related to the Penicillium and Aspergillus genera.

Many species of Paecilomyces are plant pathogens, some of them affecting economically important crops. Several species are entomopathogens, meaning that they develop and parasite on insects. Furthermore, a small number of species are known to be opportunistic pathogens of humans and other mammals, causing a variety of diseases.

Paecilomyces was split from the Penicillium genus by Georges Bainier in 1907 [2]. According to Mycobank, 153 species are currently recognized in the Paecilomyces genus [3]. However, other authors indicate that the taxonomy of Paecilomyces has been revised to include only 9 species [1].

The most significant and the most commonly occurring species are Paecilomyces variotii and Paecilomyces lilacinus.

Where can you find Paecilomyces?

Paecilomyces has cosmopolitan distribution. They commonly occur in soil and decaying plant matter. Several species are thermotolerant and are often associated with compost. They are also common agents of food spoilage. P. variotii has been isolated from edible oils, raw materials containing oil, bacon, peanuts and peanut cake, margarine and cocoa beans. It has also been recorded from cereals, bread, meat products, and even airline foods.

Although P. lilacinus is considered to be a contaminant rather than a food spoilage fungus, it has been isolated from a variety of foods such as cereals, including wheat, flour and barley, peanuts and pecans, fresh figs, beans, frozen meat and salami [2].

Paecilomyces can also develop indoors, mostly on water damaged structural materials. P. variotii and P. formosus are the two most commonly occurring species in air and on building materials.

P. lilacinus is somewhat less common as an indoor mold but is known to develop on wooden structural material. It has also been isolated from cotton, humidifier water, swimming pool floors, synthetic rubber and plastic bottles [1].

Both species can be isolated from carpets and household dust and are often associated with the deterioration of books and documents, frequently developing on paper, leather and photographs [1].

Paecilomyces species are known to be opportunistic pathogens of humans and other animals. Only P. variotii, P. lilacinus, P. marquandii and P. javanicus have been associated with human mycotic infections [5]. P.variotii and P. lilacinus are overwhelmingly predominant when it comes to species isolated in clinical settings.

Cases involving Paecilomyces are rare and are often associated with implanted devices such as artificial heart valves and corneas, catheters, grafts and shunts. Infections are usually localized but can become disseminated in severely neutropenic patients [6].

Like all fungal pathogens, Paecilomyces infections are more likely to develop in people with weakened immune systems, such as HIV/AIDS patients, people suffering from haematological malignancies, or people undergoing prolonged immunosuppressive or corticosteroid therapy. Disseminated infection, pneumonia, cellulitis, fungemia and pyelonephritis have been reported in immunosuppressed patients. The invasion of the fungus usually involves breakdown of skin or mucous membranes or inhalation of fungal spores. Infections associated with contaminated fluids and air conditioning systems have been reported [7].

The Paecilomyces species seen in medical mycology share a tendency to develop on manufactured products, especially creams, lotions, cosmetics, plastics, and diagnostic materials containing antifungal inhibitors [6]. The ability of some species of Paecilomyces to grow on certain types of plastics, particularly vinyls, must also be kept in mind. For example, a severe outbreak of P. lilacinus skin infection among neutropenic patients in a Swiss hospital was eventually traced to colonization of plastic skin lotion bottles prior to their being filled with the lotion [1].

Paecilomyces are also significant from a biotechnological aspect. They produce a wide array of secondary metabolites and extracellular enzymes, some of which could potentially find use in the pharmaceutical, agrochemical, and fine chemical industries [8].

In fact, P. variotii strains have been experimentally used as biocatalysts over the last three decades, mainly with the aim of reducing antinutritional factors in food and animal feed [9].

Products of P. variotii have also shown a great deal of potential as bioherbicides [8]. Furthermore, P. variotii is a candidate species for the production of bioethanol from lignocellulose through consolidated bioprocessing. Studies showed that P. variotii is able to efficiently ferment glucose and xylose into bioethanol, with yields close to the theoretical maximum [9].

These fungi are also well known for their ability to resist many poisonous chemicals [3], and have recently been proposed as bioremediation agents that could decontaminate polluted soils [10].

How to get rid of Paecilomyces?

If you happen to come across any mold in your home you should look to remove it immediately. While it may seem harmless at first, spending prolonged periods in the vicinity of these organisms can slowly erode your health.

Minor mold colonies can be removed using bleach or commercial antifungal products. However, the spores they produce can linger on in the air for a while, so unless the environment is rendered inhospitable for them, the mold colonies will redevelop. If you plan on removing mold on your own, take all the correct precautions and keep the area well ventilated!

In most cases, mold develops due to an underlying issue causing dampness of structural materials. These issues can be minor, such as a small leak under the sink. However, large mold infestations are typically caused by a leaking roof or windows, poor isolation or inadequate draining around the house. Removing the mold will get you nowhere until these issues are corrected.

For this reason, it is often a good idea to enlist the help of a professional mold removal service. We have years of experience in removing mold, so we know where to look for any issues and can diagnose them with ease, saving you the frustration of figuring out whether your mold is caused by poor isolation or a clogged gutter. Our technicians are equipped with the latest mold removal technology and are able to provide advice on any steps that need to be taken to ensure a future free of mold. Call Mold Busters today to book your appointment.