Eurotium is a genus of sexually reproducing molds that comprise the teleomorph forms of several Aspergillus species, notably the A. glaucus group. However, although teleomorph forms of Aspergillus have been described in at least eight genera, Eurotium is arguably the most significant to humans as they are among the more common agents of food spoilage [1]. There are around 80 species described in this genus [2]. Significant species include E. amstelodami, E. chevalieri (Fig. 1), E. herbariorum and E. repens.

Mold fungi in general have intricate and complicated life cycles. Many of them exhibit pleomorphic life cycles, meaning that there exist two states – asexual (anamorphic) and sexual (teleomorphic). The anamorph state reproduces asexually and produces genetically identical copies of itself through the production of asexual spores called conidia. The teleomorph state arises when two genetically compatible fungi fuse and produce fruiting bodies carrying sexual spores. When these spores germinate, their mycelia fuse and the genomes of the two fungi combine, thereby producing genetically unique organisms. Some species go through both stages, while certain species only exist in one. Mold species Aspergillus glaucus can mature into the fungus known as Eurotium herbariorum [3].

This concept of dual nomenclature was established in 1910 to solve the problem of fungi that have pleomorphic life cycles [4]. However, the system is continuously upgrading. Since many fungi reproduce only asexually, cataloging would have been easier if they all exhibited both anamorph and teleomorph forms, as there would be no uncertainties over whether a species has a sexual form. Furthermore, even if a fungus has a sexual form, it is often rarely found or can be observed only under specific conditions. In many cases, both the anamorph and teleomorph forms of a fungus were well known to science but the connection between them remained unknown for years. 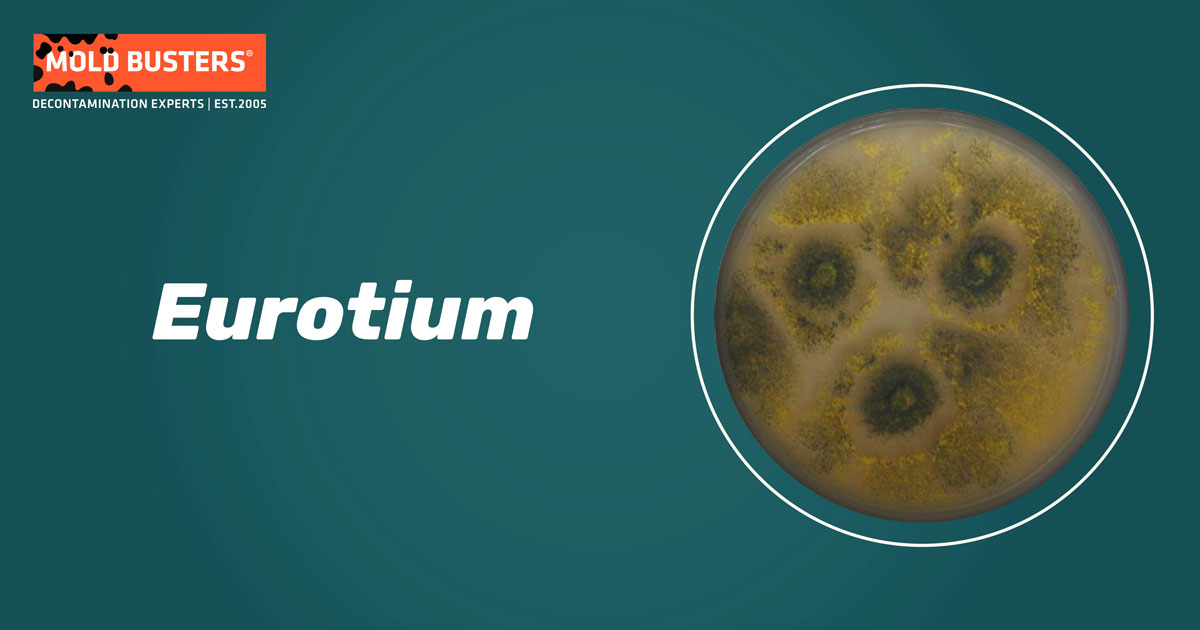 In recent years, the rise of molecular methods has changed fungal systematic drastically and has rendered the dual nomenclature system a thing of the past. Namely, researchers adopted a “one fungus, one name” principle in 2011. However, although the dual nomenclature system is not based on evolutionary relationships, it is still used in many domains, such as plant pathology, medical mycology, and food microbiology. Teleomorphs are often grouped by their morphology and physiology – such classification is very useful in a practical sense.

For example, consider these three well-known genera of Aspergillus teleomorphs – Eurotium, Neosartorya , and Emericella. Eurotium species are xerophiles and can grow and reproduce in a low water activity (dry or concentrated) environment. Neosartorya species on the other hand are not xerophilic. They are thermophiles that inhabit decaying vegetation. They have exceptional heat resistance, causing spoilage of pasteurized products. Emericella species are neither xerophilic nor thermophilic and are soil-inhabiting fungi rarely observed anywhere else. If a species is reported as Eurotium, food industry professionals immediately know that they are dealing with a xerophilic organism; if it is reported as Neosartorya, they will know that the spoilage problem will not be solved by pasteurization. Therefore, simply lumping all of these teleomorph forms into the Aspergillus genus would cause a loss of information, which is why the dual vs singular nomenclature system is still a topic of debate amongst mycologists [4].

Eurotium species are well known as osmotolerant colonizers of dry substrates or substrates with low water activity due to high amounts of dissolved salts or sugars. They have been detected in water with salinity above 17%. Many of them can grow at water activities below 0.75 aw, some have even been observed to grow at 0.64 aw [5]. They are often encountered in the food industry and are common agents of food spoilage. They are also particularly relevant in the context of animal feed, as poorly stored grains provide an ideal environment for these xerophilic fungi [6].

Where can Eurotium be found?

Eurotium spp. are one of the most frequent fungal constituents of household dust and may grow on relatively dry shed-skin scales. They are known to colonize leather, textiles, and books stored in slightly humid conditions, as well as other semi-dry surfaces. E. herbariorum was the third most common fungus isolated from moldy gypsum wallboard taken from buildings in USA and Canada. In North America, Eurotium species frequently occur in insulation, gypsum wallboard, composite wood, and ceiling tiles. They can also be isolated from air handling unit filters, carpets, painted surfaces, ceramic tiles, and concrete efflorescences. Due to their ability to thrive even at relatively low moisture levels, they are regarded as primary colonizers. Eurotium species are considered to be the most common members of the Ascomycetes encountered in indoor environments, on walls and other surfaces, and in house dust [7].

The health effects of Eurotium species are not as well-studied as the adverse effects of aspergilli. Still, they have been known to cause opportunistic infections of the ears and eyes, subcutaneous infections, mycetoma [3], allergic bronchopulmonary mycosis [8], and was confirmed to be the cause of a cerebral abscess in an otherwise healthy female [3].  Also, increased counts of Eurotium in water-damaged schools were associated with an increased prevalence of asthma in the children that frequented them [9].

A. glaucushas mostly been associated with a range of ocular infections, especially after traumatic injury. There have also been other types of infections associated with A. glaucusincluding cerebral, orofacial, cardiovascular, pulmonary, nasal, and ear infections, although these are rare. Fatalities are extremely rare, and there has only been one recorded due to A. glaucus. An otherwise healthy and immunocompetent adult succumbed to a brain infection caused by A. glaucus, despite aggressive antifungal treatment [10].

How to get rid of Eurotium?

While removing small, visible colonies can be seen as a DIY job, larger, deeply rooted mold infestations usually require the help of professionals. Large infestations are typically caused by an underlying moisture-related issue. Sometimes it can be nothing more than a leaky pipe or a clogged gutter, or it can be related to poorly planned construction, drainage or isolation, or the use of inadequate construction materials. As fixing these issues can be costly, enlisting the help of diagnosing the issue before you spend a large amount of money can be worthwhile.

Mold busters, a professional mold removal service, offers a wide range of mold-related services, including air quality testing, dehumidifying, mold testing, and mold removal. Armed with 15 years of experience and the latest in mold removal technology, we are capable of removing mold infestations of any size. Our technicians are also able to provide advice on any underlying issues that need to be sorted to keep your residence mold-free in the future. Call us today to book an appointment.

The #1 toxic mold type found in kitchens in Canada is the Penicillium/Aspergillus mold group?! Find out more exciting mold stats and facts inside our mold statistics page.