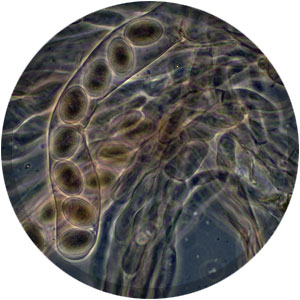 Did you think molds are harmless? Considering the relative ease with which they sprout up everywhere from under the sink to the tiles of wet rooftops, and the mycotoxins they can secrete, they are far from benign and are definitely worthy of our attention. In fact, living with molds of certain types could charge you a lifetime medical penalty.

Ascospores are microscopic spores produced by fungal species belonging to the Ascomycota. With over 64 000 species in this division [1], it is apparent that the term Ascospores covers a wide range and variety of spores. However broad the term may be, a single airborne spore, upon reaching a suitable damp, humid environment, can easily develop into a multicellular fungal growth, more commonly known as a mold. Apart from being aesthetically displeasing, the mold will release more spores into the surrounding air, potentially leading to health issues for any inhabitants.

Knowledge is power when it comes to finding indoor type spores and removing them permanently. If you suspect you have found a potential mold growth, don’t wait to call a professional team of mold specialists or testers for a solution.

Want to know more? Let’s delve deeper into the subject, then.

Video: What are Ascospores?

These sexual spores are formed in capsules known as asci. They can be found almost everywhere and can belong to one of more than 3000 genera that include Chaetomium, Aspergillus, Penicillium, Peziza, Ascotricha and many more.

Did you know that some Ascomycota are among those ubiquitous organisms that can destroy cellulosic fabrics [2]?

However, these molds mainly grow on ornamental trees, fruits, crop plants and timber, while others are associated with insects and even fish. Of special interest are the Cordyceps and Opiocordyceps genera, several species of which have evolved to target a specific host species, usually a species of ant or wasp. Once infected, the arthropod will exhibit behavioural changes, all to the benefit of the fungus [3]. Thanks to these apparent “mind controlling” properties, the Cordyceps genus has been popularized in science fiction. Thankfully, they live in remote tropical forests and have not evolved to parasite on humans (yet!).

Moving on, species of Ascomycota and therefore their spores can be categorized in terms of health significance as well. Those not representing any indoor air quality significance are the ones that are generally used for morphological identification.

No. In fact, the life cycle of most Ascomycota species can be divided into two distinct reproductive phases – sexual and asexual. While the former phase involves the formation of Ascospores, the topic of conversation, the latter involves asexual spores called conidiospores, which are produced on specialized stalks (conidiophores) [4].

How are Ascospores formed?

Depending on the species, a large variety of conditions can help form Ascospores in the sac-like structure of an ascus. The spores are formed after the fusion of male and female structures, the antheridium and the ascogonium. Ascogenous hyphae will grow out of the fertilized ascogonium, and after several meiotic and mitotic divisions, the spores mature [4]. In most cases, an ascus holds 8 spores. However, the number can vary from one to several thousand [5].

These microscopic spores of can be found developing on dead, decaying and infected plants during the winter. During the spring, warm rains trigger the release of spores into the air and that’s exactly how the infections develop as the number of Ascospores grows.

Moreover, these molds cause diseases like powdery mildews, ear rot of corn, blue stains, fruit rot of cereals and many more.

Did you ever ask yourself what makes those tiny round black spots on your spring apples? They are nothing but the infections built by these mold species. The darker the spot, the more severe the infection, no matter what part of the infection season it is.

What is Ascospores mold?

Ascospores are a phase in the life cycle of many fungi belonging to the Ascomycota division. With thousands of known species, these fungi are highly variable and can grow as budding single cells such as yeasts, or can grow into a macroscopic mycelium, more commonly known as a mold. These molds can come in many shapes, sizes and colors, with varying transparency/opaqueness.

In the house, you can generally find them everywhere, from bathroom tiles to the ceiling, on floors, walls and doors.

However, although the complete list of their habitats is practically endless, the following list suggests areas to keep an eye on:

In short, these molds can grow relatively well in damp, enclosed, wet or air sealed surfaces or materials.

What are Ascospores acceptable levels?

While there are currently no established guidelines on acceptable Ascospore levels, concentrations of over 5 000 spores/m3 should warrant further action [6].

What are Ascospores health effects?

With today’s smart living strategies insisting on more and more programmed intelligence, condensation needs and energy efficient technologies, every home is becoming more airtight and enclosed like never before. Perhaps this suits us, but it suits the development of mold just as well.

When your rooms are lacking sufficient ventilation and sunlight, they are sure to develop molds. Some of the most toxic ones are spread through Ascospores, a definite enemy of your health and your home.

Still a subject of research, Ascospores are considered as a source of allergens, putting the health of humans and other mammals at considerable risk. This type of airborne fungi can release toxins that are easily dispersed through the air and can cause a number of difficulties for healthy living.

Staying in a place with these types of mold over a prolonged period can result in severe allergies.

Let’s see below some of the major allergy symptoms developed by these molds:

Recent epidemiological and mycological researchers have enough evidence to prove that the Ascospores, in the class of Ascomycota, contain some of the worst fungal irritants that are neither good for your health nor for your home [7].

Moreover, long term exposure to this type of toxic mold with high allergenic potential could severely damage your organs, making you vulnerable to a number of fatal diseases.

How to identify Ascospores in your home?

Identifying microscopic mold at home is no child’s game when you don’t have the eyes of a trained professional.

As some of these fungi are dark in color and some absolutely colorless, the job is extremely difficult.

In fact, depending on their genus and species, these spores are rarely identifiable at first sight and can sometimes only be identified by their associated fruiting structure or other characteristic morphological traits.

In any case, if you notice physical symptoms or unpleasant air smells, you should call a certified mold testing company to perform an inspection.

How to get rid of Ascospores mold?

Mold spores such as Ascospores are very common to both indoor and outdoor spaces. With many species reported as allergens and irritants, the most important job is to remove them permanently before they can cause critical damage to your family, pets and home.

Do look for enclosed areas and try to keep them as dry and ventilated as possible. Brush off mold deposits and keep humidity balanced. But most importantly, talk to a professional mold removal service that can offer you a remedial solution against indoor spores like no other.